A memorial service for Jon C. Johnson will be at 10 a.m. Saturday at First Lutheran Church in Albert Lea. The Rev. John Holt will officiate. Visitation will be from 5 to 7 p.m. Friday at Bonnerup Funeral Service, as well as one hour prior to the service at the church. Interment will take place at Graceland Cemetery. 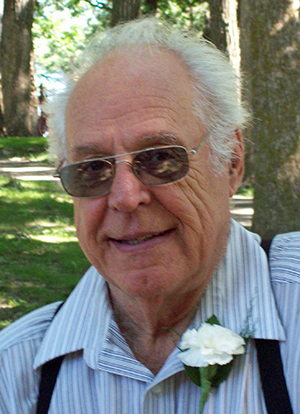 Jon Carlyle Johnson was born on May 11, 1940, to James and Ina (Bure) Johnson on a farm near Twin Lakes.  He graduated from Albert Lea High School in 1958. After school Jon started work at the Co-op Creamery. Jon married Barbara Wolf in 1965. The couple later divorced. In 1966 he began working for Briggs Transportation, where he worked in freight delivery. After the company closed he worked for various other trucking companies, eventually retiring with Consolidated.

Jon was a member of the Eagles Club and was a proud Teamster. He loved time spent on the farm and loved to take his boat out fishing. In his earlier years he liked to play adult league softball. He spent his later years devoting his time to uncovering old family history.

He is preceded in death by his parents; and siblings Rosella Rupe, Jean Johnson and David Johnson.

The family would like to extend a thank you to the caring and compassionate staff at St. John’s Lutheran Community.