José Madrigal, 90, of Albert Lea died Sunday, July 26, 2015, at Parkview Care Center in Wells. Funeral services for José will be at 11 a.m. Thursday at St. Theodore Catholic Church in Albert Lea. The Rev. Scepaniak and Deacon Mike Ellis will officiate. Visitation will be one hour prior to the service. Interment will be in St. Theodore Catholic Cemetery at a later date. 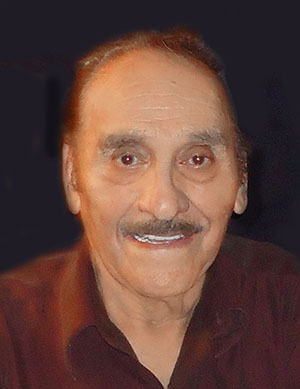 José married Evangeline (Acosta) on Sept. 18, 1959, and they had four children. He worked at Albert Lea Foundry, retiring after over 30 years of labor. He was a long-time parishioner and active member of St. Theodore Catholic Church, where he was a member of the resurrection choir, the adult choir and the Spanish choir for many years. Since 1992 José was a volunteer for Ride Services (transportation services for Senior Resources) until he was no longer able to drive a vehicle.

José lived a zestful life composed of adventure, travel, music and family. As a man of action, there was never something he would refuse to try at least once. As a young man working in the fields, migrating throughout the southern states and up into the northern regions, he would play his guitar either for hire or for the purpose of learning new styles to add to his Tex-Mex repertoire, such as rhythm and blues, blue grass, gospel, country, etc. Together with his long-time friends and compadres, Jesse Velez and Raul Cardona Sr. and his sons, they formed the group Los Rebeldes and played for many years. Even though he couldn’t read music, he taught his children, grandchildren and others how to play guitar.

José will be forever remembered as the patriarch of his family.  He was a great provider, a loving father, son, brother, brother-in-law, father-in-law, uncle or “Tío José,” a friend and a talented singer and musician. He truly loved his family and he loved life. His strength, courage, strong will to live and his unwavering faith in God will continue to be an inspiration to those he has touched. Although José will be sadly missed, his legacy will survive in the hearts of those who knew him.