Memorial services for Larry L. Flatten of Albert Lea will be at 7 p.m. Thursday at the Bonnerup Funeral Service chapel in Albert Lea. The Rev. Russell Scepaniak will officiate. Friends may greet the family from 3 p.m. until the time of the service on Thursday.

Larry died Sunday, July 5, 2015, surrounded by his loving family at St. Marys Hospital in Rochester. He was 65. 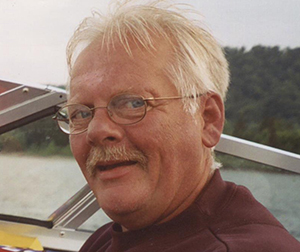 Larry was born June 3, 1950 in Austin, the son of Donald and Doris (Johnson) Flatten. He graduated from Austin High School and on Sept. 25, 1971, was united in marriage to Suzanne Carroll at St. Augustine Catholic Church in Austin. Larry had been employed at Wilson & Co. in Albert Lea for over 23 years. He also worked for many years at Wal-Mart in Albert Lea as a department manager. Larry had been a member of the Albert Lea Eagle’s Club, and enjoyed hunting and fishing with family and friends. He spent many years with his family on the Mississippi River camping and fishing. Larry loved his dog, Stella, and often spoiled her with ice cream and Jack Links beef jerky.

He was preceded in death by his parents Donald and Doris; father-in-law, Ray Carroll; and sister, Sindy Arens Nelson.