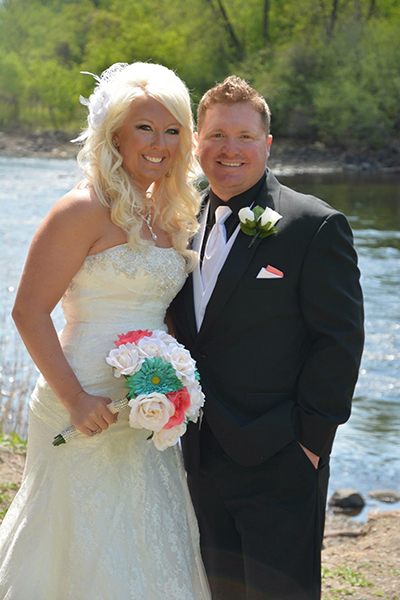 Ben Meillier and Sheena Rittenour of Shakopee were married in a double ring ceremony at 4:30 p.m. Saturday, May 9, 2015, at St. Cloud Holiday Inn & Suites. The wedding was immediately followed by a reception and dance.

The bride is the daughter of Sandra and James Forster and David and Lauri Rittenour and the granddaughter of Michael Brand and Marge Winkelman, Fred and Darlene Rittenour and Medard and Mary Ann Forster.

The groom is the son of Laurie and Bruce Mullenbach and Terry and Jennifer Meillier and the grandson of Roger and Marlene Olson, Dave and Sandy Mullenbach and Ray and Barb Meillier.

The bride is a fifth grade teacher at West St. Paul Schools.

The groom is an assistant superintendent at Burl Oaks Golf Club in Minnetrista.

The couple is planning a wedding trip to Mexico in November.