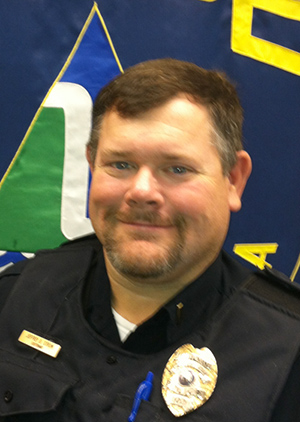 During the three months of summer, an average of 28 people lose their lives due to unsafe speeds on Minnesota roads, according to a press release.

“Speeding not only puts your life in danger, but the lives of your passengers and others on the road at risk,” Lt. Jeff Strom said. “If the driver in your vehicle is going an unsafe speed, don’t be afraid to speak up. It could save your life.”

The release stated speed is a leading factor in crashes, contributing to one out of every four fatalities on Minnesota roads. Speed-related fatal crashes have decreased from 26 percent, from 2005 to 2009, to 21 percent from 2010 to 2014. Speed contributes to an average of 105 deaths and 24 serious injuries a year.

When it comes to speeding, males are most at risk for dying in a speed-related crash, according to the release. In Minnesota, males 15-24 years old accounted for 25 percent of all speed-related fatalities, from 2005 through 2014.

Rural roads see twice as many speed-related fatal crashes than major urban roads. In Freeborn County from 2011 to 2013, there were two speed-related deaths and six severe injuries.

The most common traffic-law violation is speeding, outnumbering all other traffic violations combined, according to AAA.

In Freeborn County, an average speeding citation for 10 mph over the limit is $115. Motorists stopped at 20 mph over the speed limit face double the fine, and those ticketed traveling more than 100 mph can lose their license for six months.

The Department of Energy said for every 5 mph above 50 mph, it’s like paying an additional 19 cents per gallon.

When drivers speed they are increasing their potential for loss of vehicle control, stopping distance, less time for driver response for crash avoidance and increased crash severity leading to more severe injuries and death.

Motorists should keep a three-second following distance to allow for safe stopping and reaction to other vehicles. Its takes more than the length of a football field to stop when traveling at 60 mph.

July is also the month which holds the most motorcyclists on the road. More than half of all motorcycle crashes are single-vehicle events in which the rider loses control of the bike and runs off the road or crashes.

“We urge motorcyclists to travel at safe speeds and motorists to look twice for riders — especially at intersections,” said Sgt. Tim Bennett of the Freeborn County Sheriff’s Office. “Motorcycles are smaller, and their speeds and distance can be harder to gauge.”

Extra speed enforcement and education efforts are part of the Toward Zero Deaths traffic safety initiative.