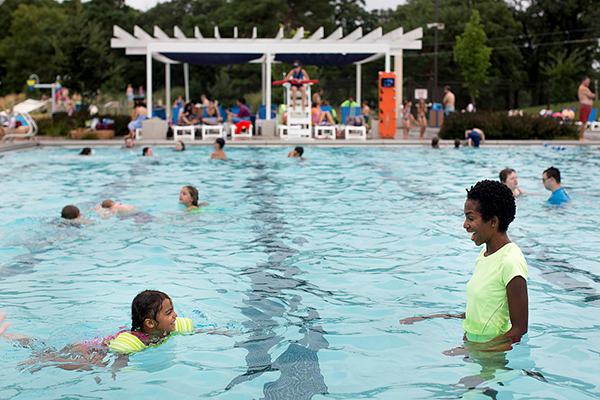 Minnesota children are better off than children in other states, according to a recently released report called the Kids Count Data Book. Minnesota typically ranks high and also achieved the top ranking in 2007, according to officials. – Jennifer Simonson/MPR News

Minnesota is the best of the 50 states for children, according to a national report out Tuesday. But state officials and child advocates conceded that in several areas, like childhood poverty and the achievement gap, Minnesota has plenty of room to improve.

The annual report, called the Kids Count Data Book, ranks states by the well-being of their children. The Data Book is funded by the Annie E. Casey Foundation, which makes grants to government and neighborhood agencies. Minnesota’s data was compiled by the Children’s Defense Fund-Minnesota.

“Minnesota has always been touted as a great place to raise kids, to have a family,” she said. “We really have a history of being innovators of policies and programs that support children and families to thrive.”

Hogenson said the report’s categories — education, economic well-being, health, and family and community — tend to give a strong indication of future success.

Despite the slight improvement, Daniel Gumnit, the CEO of People Serving People, said the poverty numbers are still too high.

“Even though we are doing better than many other places in the country, it’s still shocking that we have 14 percent of our children living in poverty in such an affluent state like Minnesota,” he said.

Gumnit said his Minneapolis homeless shelter had seen a steady increase in families until the last few months. He hopes the nearly $100 million investment by the state Legislature in early childhood education for disadvantaged students, including Head Start and preschool scholarships, will help address racial disparities.

“There are some really big positives that will have an impact on children of color in terms of improving their educational outcomes and opportunities,” Gumnit said.

In the education category, the Kids Count report ranks Minnesota sixth. In one measure, the state saw the percentage of fourth-graders not proficient in reading fall from 65 percent in 2011 to 59 percent in 2013.

Charlene Briner, chief of staff for the Minnesota Department of Education, said the report shows some of her agency’s work has paid off.

“We’ve really directed funding and policy to make sure that kids are reading well by fourth grade,” she said. “And I think you can see that … their reading proficiency has moved up.”

The national Kids Count Data Book does not include information on racial disparities. But according to state Department of Education data for 2014, black students in Minnesota scored around 30 percent lower than white students for math assessment. There were similar gaps in English and science assessment tests.

“It’s really Minnesota’s Achilles’ heel,” Briner said. “We know that we serve students overall. And affluent and white students, we serve them very well. But we also know that kids of color or kids that come from economic disadvantage don’t have the kind of outcomes that we believe they deserve and that we’d like to see.”