Funeral services for Rudolf Benger will be at 11 a.m. on Friday at Bonnerup Funeral Service in Albert Lea. The Rev. Kent Otterman will officiate. Visitation will be held one hour prior to the service at Bonnerup.

Rudolf J. Benger commenced his greatest adventure yet on July 8, 2015. Rudy was born poor in money, but rich in spirit in Budapest, Hungary, on June 1, 1922. 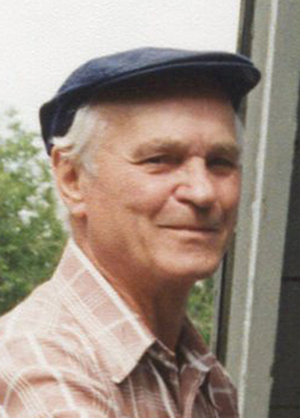 His propensity for adventure started early as he became the amateur boxing champion of Hungary prior to World War I. He enlisted in 1940 and fought and survived the cruel challenges that accompany every war. He was eventually liberated by the United States Fifth Army in May 1945 in Italy.

In the fall of 1945 he was joined in marriage to Margit Koranyi, also from Hungary, who had followed him to Austria after the liberation.

Rudy and Margit made their home in Munich, Germany. After several years there, he was again bitten by wanderlust. Rudy moved his entire family to Addis Ababa, Ethiopia, where he worked for the Imperial Highway Transportation Department as an engineer.

After 12 years in Africa and encouraged by friends, Rudy moved his family to Montreal, Canada, where he worked with Rolls Royce plane engines. Eventually the promise of an exciting new job brought him and the family to Hampton, Virginia. There he worked for Liebherr-America, a heavy equipment manufacturer.

In 1991 Rudy moved with his wife to Albert Lea to be closer to his daughter and her family. He immersed himself in the local community, becoming a supporter of the Sheriff’s Association, a member of Golden K, Sons of Norway and a group of like-minded card-playing enthusiasts.

Rudy became a proud American citizen on July 4, 1995. His love for his adopted country was deep and profound and the friends he made in his new home were very special to him.

Throughout his life Rudy tackled everyday problems just as he tackled life, through hard work and a song. Never complaining, Rudy touched many lives throughout the years as he lived life to its fullest. His gentlemanly demeanor, intellect and devilish charm were contagious.

The family requests memorials be directed to Pancreatic Cancer Research.