Sandra Kay (Braun) Bearden, 51, of Austin died Tuesday, July 7, 2015, at her home in Austin.  Sandra was born Nov. 8, 1963, in Minneapolis, the daughter of Allen and Norma (Peterson) Braun. She attended school in Detroit Lakes and graduated from Mount Saint Benedict Catholic School in Crookston. Sandra continued her education at Moorhead State University, graduating with a degree in criminal justice and later attended Mankato State where she worked on her master’s degree in criminal justice. She moved to Austin after college and worked for the Sheriff’s Youth Program for several years before it closed. She married George Hillberg in October 1993 and they were later divorced. Sandra also worked in an adult group home in Austin and most recently was working as a home health aide in Albert Lea. She was married to Ron Bearden in May 2000 and continued to live in Austin after their divorce. Sandra loved helping people, especially children. She will be greatly missed by all who knew and loved her. 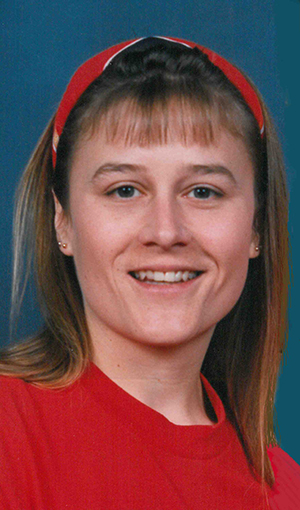 Survivors include three sons, Randy Braun of Fargo, North Dakota, Dominic Hillberg of Fargo, and Ian Bearden of Austin; one grandson, Caiden Burton, of Chanhassen; parents Allen and Norma Braun of Frazee; sister, Kim Marie Gould, of Fargo; brother, Anthony Charles (Kari Johnson) Braun, of Rochert; two nephews, Tyler and Benjamin Gould; and many other relatives and friends. She was preceded in death by her grandparents.

Memorial services will be at 1 p.m. on Saturday at Albert Lea Vineyard Church. The Rev. Matthew Huntley will officiate. Visitation will be for one hour prior to the service at the church.  Interment will take place at a later date. Worlein Funeral Home of Austin is assisting the family with the arrangements. Condolences may be expressed to the family online at www.worlein.com.