Memorial services for Sharon L. Hovey, 77, of Albert Lea will be at 1 p.m. Aug. 15 at the Bayview/Freeborn Funeral Home. The Rev. Kent Otterman will officiate. Private burial will be at Lime Creek Cemetery. Friends may greet the family one hour prior to the services at the chapel. Online condolences are welcome at www.bayviewfuneral.com. 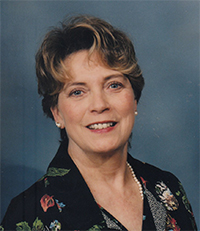 Sharon died on Friday, June 26, 2015, at the Good Samaritan Society of Albert Lea.

Sharon Louise (Rierson) Hovey was born on June 23, 1938, in Lake Mills, the daughter of Helmer and Ruth (Ausen) Rierson. She moved to Albert Lea when she was 5 years old along with her mother and brother. She attended Ramsey School and graduated from Albert Lea High School in 1956. She was baptized at Salem Lutheran Church in Lake Mills and confirmed at First Lutheran Church in Albert Lea. In 1956 she married Delano Hovey and they had two children, Scott and Joni. They were divorced after 17 years of marriage.

Sharon worked for the Albert Lea Police Department as a meter maid and a dispatcher. She attended Austin Junior College. She then moved to Helena, Montana, to work at the Lewis & Clark County Sheriff’s Office. Sharon graduated from the Montana Law Enforcement Academy and was employed by the Gallatin County Sheriff Department in Bozeman, Montana, as a deputy sheriff. She retired from law enforcement in 1989 and moved to Rochester. She then worked for Mayo Clinic as a security guard until 1992. She moved to Minneapolis in 1992 to be closer to her devoted companion, Steve Leuthold. She volunteered at Hennepin County Medical Center for several years.

Sharon loved to knit dishrags to give to her family and friends and crocheted several afghans for her family. She loved to send birthday cards to her friends and family, to read, to watch movies and her computer. Steve and Sharon were world travelers; they went on several cruises and visited several foreign countries and states. She loved antiques and her “old” friends, some she had kept in contact for 55 years. Her high school girlfriends had a round robin letter that has continued since 1956 and still is flying. Sharon also was an artist and always wanted to sing like Patsy Cline. She and Steve shared residences in Bailey Island, Maine; Tucson, Arizona; Minneapolis; and Albert Lea.

Blessed be her memory. She will be dearly remembered and sadly missed by us all. Memorials are preferred to the Freeborn County Humane Society Fund at P.O. Box 423, Albert Lea or the Lime Creek Cemetery maintenance fund at 65333 120th St., Emmons.