Editorial: Sportsmanship is important for athletes and fans 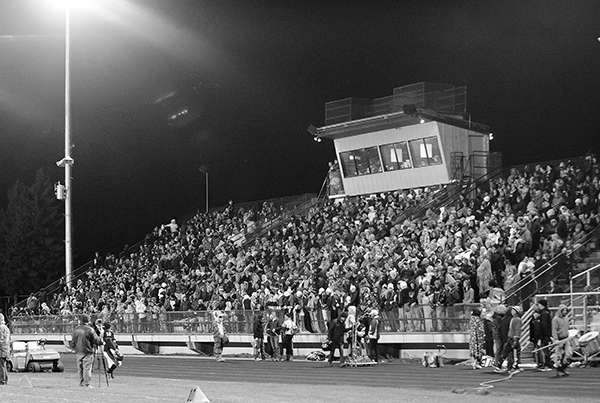 On July 8, 2010, LeBron James was featured on a television special, where he — an Akron, Ohio, native — decided to leave his home state to join All-Stars Dwayne Wade and Chris Bosh in Miami.

There’s nothing wrong with that. In fact, the desire to win is commendable for an athlete.

However, wins and losses should be emphasized alongside something that gets overlooked too often: sportsmanship.

Most teams don’t win every game. They’ll face adversity, and they’ll deal with injuries and naysayers.

A glaring example was on the gridiron in 2013, when Albert Lea, Alden-Conger and Glenville-Emmons went a combined 0-27.

The important part of a loss is dealing with it through good sportsmanship. Refusing to shake hands with the opponent and pouting on the sideline are unacceptable ways to deal with a loss. Athletes and coaches should use it as an opportunity for growth. Hard work after adversity makes the wins that much sweeter.

Sports aren’t always fair, which makes them a superb allegory for life. No one has a perfect life. People face struggles and hardships. Good sportsmanship shines through later in life when adversity strikes. Instead of giving up, athletes can apply what they learned to overcome problems in their personal or professional lives through hard work and courageousness.

Sportsmanship is not limited to players. Parents and fans should support their athletic programs, coaches and players.

Texting or calling a coach at halftime, and speaking negatively about a program in front of impressionable kids are examples of bad sportsmanship.

A house divided against itself cannot stand. Show support, and be good role models. The kids deserve it.