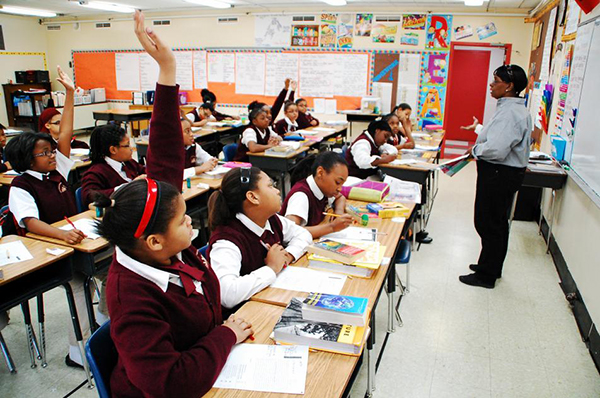 Minnesota students will see big changes in the number of statewide exams they take next school year after the Legislature chopped Minnesota’s testing budget in half during the special session.

Lawmakers, in a bill originally sponsored by District 27A Rep. Peggy Bennett, R-Albert Lea, repealed several required high school tests and stopped paying for all juniors to take the ACT college entrance exam, something they had ordered in 2013. This was the first year for those payments. They’re gone now, too.

Two weeks after lawmakers finished their work, the Minnesota Department of Education is still combing through the education bill to see how the changes ordered by the Legislature will affect statewide assessments. Lawmakers cut the department’s testing budget from $42 million in the last two-year cycle to $22 million for the next two years.

The Minnesota Comprehensive Assessment GRAD tests in writing, reading and math will end. They were going to be phased out next year, so it’s a change that was moved up by a year.

Gone as well are the Explore, Plan and Compass ACT tests, exams that helped students plan for college or a career. ACT will phase out the tests in coming years, and this was set to be the last year they were offered in Minnesota.

The MCA tests that students take every year in third through eighth grade will remain in place. The reading, math and sciences exams are required by the federal government for accountability purposes.

The most notable shift in statewide testing is the end of the requirement that all juniors take the ACT college entrance exam, which was designed to get more students of color and low income students to take the ACT as a step toward college, officials said.

“We consider that the most disappointing point of this bill and it’s a major retreat,” said Charlene Briner the state Education Department’s chief of staff.

The state paid for the test and districts offered it during the school day. It was written into law as a graduation requirement, although it was never intended to keep students from getting a diploma; those who didn’t want to take it could opt out.

Before this spring, students paid the $54 ACT fee themselves, and took the test on a Saturday.

In 2014, 76 percent of juniors took the test. This past year, the state Department of Education says a much higher percentage of the state’s 64,000 juniors took the ACT, although they won’t know just how many until next month.

Allowing kids to take the test for free gave many more juniors a chance to consider college, Briner said. “We really felt strongly and were really proud of the fact that Minnesota had made a statement that every kid should have high expectations for career and post-secondary.”

Legislative leaders from both parties said they have their reasons for ending the requirement.

Rep. Sondra Erickson, R-Princeton, who chairs a House education committee, didn’t like the fact that the test was mandated.

“Why force this upon parents and students in this one day of tests, and then bring in all the students, some of whom don’t want the tests and then leave that as a local decision?” she asked.

High schools had scheduling challenges on the April 28 testing day, like what to do with students in all the other grades while juniors were testing, she added.

State Sen. Chuck Wiger, DFL-Maplewood, heard similar complaints from school administrators. But Wiger said the changes in testing won’t mean juniors will lose out on the chance to take the ACT for free.

“There’s nothing that precludes the districts from offering the tests if they want,” he said.

Lawmakers put $6 million into the two-year budget to reimburse districts for giving the tests, he added. If a student requests to take the ACT, a district must provide it during a school day.

That ACT reimbursement fund, however, will be first come, first served, and the Department of Education warns it can’t guarantee the money will cover the expenses for every district in the state. This year the state paid more than $4 million to administer the ACT.

“Districts are going to have to scramble to try to replace what the state has taken away if they’re really going to provide pathways to college and a career,” said Dave Heistad, the head of testing and assessment in the Bloomington district.

Heistad said his district will continue to offer ACT tests to all of its juniors next year, even though it won’t be required by the state.