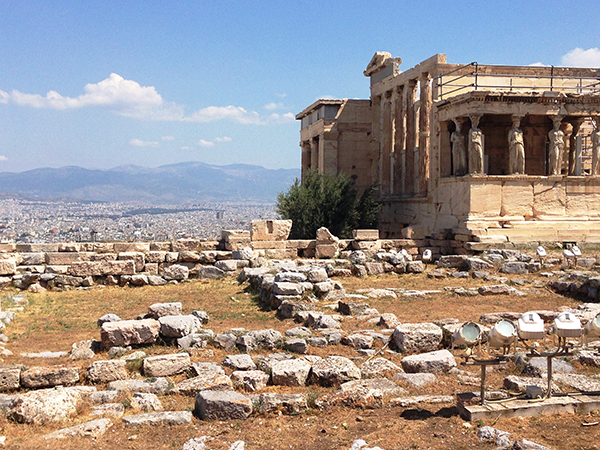 The Acropolis of Athens continues to influence modern construction because of how the Greeks adapted its building to the natural rocky outcrop. Seeing the Erechtheion — the temple outlined with statues at right — made history come alive for the Albert Lea students touring Greece and Italy June 8 through 16. – Provided

Editor’s note: This is the last of a two-part series on a group of 40 Albert Lea High School students and chaperones learning history on a European tour.

Over nine days and two countries, a group of Albert Lea High School students and chaperones experienced history they had only seen on screen or in a textbook. The 22 students, in grades 8 through 12, and 18 adults toured Greece and Italy, learning new things, eating new foods and gaining new insights.

Some highlights in Greece included seeing the Acropolis of Athens, the remains of an ancient fortress high above the city. Built in 400 B.C., the Acropolis remains an architectural masterpiece.

Another highlight in Greece was Epidaurus, an ancient healing center considered the birthplace of medicine. Much like today’s Blue Zones prescription for health, patients were treated with nutrition, exercise and life purpose. For some, their purpose was presenting dramas in a stadium theater with optimal acoustics. Built in 340 to 330 B.C., the stadium can seat about 14,000 people.

Many Albert Lea tourists felt goose bumps when Rika Boorsma, a 2015 ALHS graduate, sang “Halleluiah” from the center of the stadium floor, every sweet note carrying clearly to the top row.

At Olympia, Albert Leans learned about the origins of the Olympic Games. Most of the students and chaperones took the time to run or walk the same grounds as those ancient athletes.

“Touring the grounds of Olympia was really interesting,” said Alexa Drescher, an ALHS junior this fall. “To think about how many Olympic winners had competed there was really cool.”

The Albert Lea tour group left Greece on a ferry carrying passengers and trucks with cargo. They ate a supper of fried chicken and French fries on Greek waters and ate a breakfast of cereal and croissants on Italian waters. Bunking three to four people per tiny cabin, most sought open spaces by playing cards in the lounge or conversing on deck.

In Rome the tourists were amazed by the holiness and rich beauty of Vatican City.

“My favorite parts were St. Paul’s church, and St. Peter’s Basilica and Vatican City, learning the history of the churches, seeing the architecture and the artwork,” said Kim Flaa, one of the trip chaperones. “Also meeting new friends, having a memorable trip, experiencing the culture and enjoying the food.”

Ian Wildeman, who will be a junior at ALHS this fall, said, “What impressed me most was the scale of Roman and Italian architecture.”

“My favorites were touring the ancient city of Mycenae (Greece), and the souvlaki,” he said. “My most memorable moment was finding a very rare spider in Mycenae because of my interest in entomology.”

Rofshus said it was impossible for her to choose a historical site that impressed her the most.

“But the one thing they had in common was that I could not wrap my head around how old everything was, how those ruins had survived for centuries,” she said.

The Albert Lea tourists agreed the trip was incredible, with many planning to see more of the world while expressing appreciation for the comforts of home. Some would like to bring a touch of Europe to Albert Lea, such as more public art, true Italian pizza or Greek souvlaki on a local menu, or a more relaxed pace of life.

“We saw so many beautiful and breathtaking places, everyone got along amazingly the entire trip, and I would do it again in a heartbeat. Thanks to Mr. Bizjak for setting up the whole trip,” said student Alexa Drescher.

Gerald Bizjak, a social studies teacher, is tentatively planning a second history tour for 2017, another opportunity for local students to travel through time. 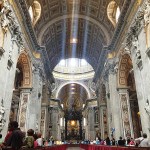 St. Peter’s Basilica in Vatican City awed Albert Lea High School tourists with its beauty. Some of the tourists are already saving their money for the next educational trip, tentatively planned for 2017. – Photo by Carine Rofshus 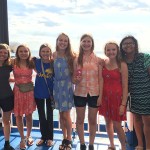 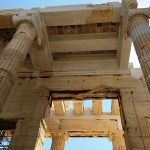 The Acropolis of Athens is a masterpiece because of such perfect balance in a massive structure. Albert Lea High School students experienced lifelong lessons in history and culture by touring Greece and Italy June 8 to 16. – Photo by Carine Rofshus 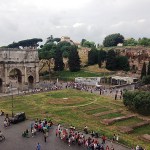 A group of 24 ALHS students and 17 chaperones toured several sights in Greece and Rome in June, including the Roman Forum, as seen from the Coliseum. The long-term vision and attention to detail at all the historic monuments left a deep impression on the tourists. – Provided 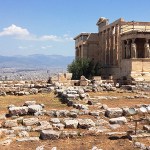 The Acropolis of Athens continues to influence modern construction because of how the Greeks adapted its building to the natural rocky outcrop. Seeing the Erechtheion — the temple outlined with statues at right — made history come alive for the Albert Lea students touring Greece and Italy June 8 through 16. -Provided