Wayne Allen Dilling, 49, of Minnetonka died at his home Friday, July 10, 2015, surrounded by family after a brief battle with cancer.

Wayne was born in Albert Lea. After graduating from Albert Lea High School in 1984, he attended the University of Minnesota. He earned his degree in electrical engineering and was a registered professional engineer in the state of Minnesota. 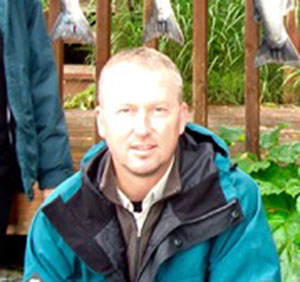 Wayne had 25 years experience in the power systems industry, having worked for Freeborn-Mower Electrical Cooperative, HDR Engineering and NRG Energy. Ten years ago he joined Mortenson Construction as a senior design phase manager electrical. He focused on the electrical aspects of renewable energy projects including wind and solar projects across the United States and Canada.

In 2013, The Institute of Electrical and Electronics Engineers awarded Wayne the Outstanding Engineer of the year award. Wayne was an active member of IEEE and presented at many of their conferences.

In 2003 Wayne married Carol E. McKnight. They shared a love of travel and Wayne visited at least 22 countries. He also liked fishing with family and friends, working in his yard and attending Minnesota Wild hockey games.

He is survived by his wife, Carol; his parents Leland and Sharon (Urbatch) Dilling; his brother, Todd (Kim) Dilling; nephews Nate and special friend, Amanda Potter, and Zach Dilling; his in-laws William and Susan McKnight; as well as many aunts, uncles, cousins and many special friends.

Wayne was preceded in death by his grandparents Eldred and Lucille Urbatch and John and Helen Dilling.

A memorial service will be at 11 a.m. Wednesday at Salem Lutheran Church, 115 N. Washington Ave. in Albert Lea. The Rev. Mark Niethammer will officiate. Visitation will be one hour prior to the service.