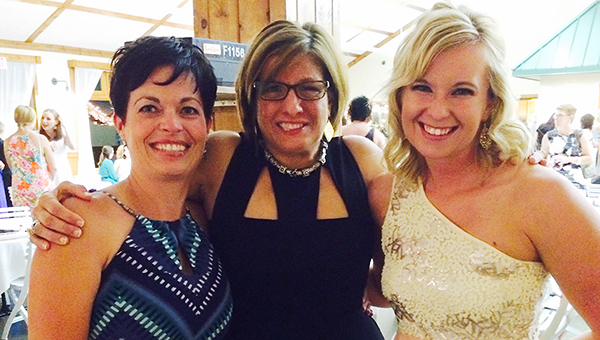 Albert Lea Just For Kix director Aimee Struck, left, stands with Just For Kix owner and founder Cindy Clough, middle, and Holly Jackson during the annual Just For Kix convention from Aug. 2 to 4 at Forestview Middle School and The Legacy at Cragun’s Resort. — Provided

The Albert Lea Just For Kix dance program was honored with an award for team excellence during the 2015 competition season at the Just For Kix annual convention Aug. 2 to 4 at at Forestview Middle School and The Legacy at Cragun’s Resort, according to a press release.

“Holly and I were very excited our dancers were recognized for not only their amazing dancing at the competitions, but also their sportsmanship,” said Struck. “That speaks volumes about our Kix dancers and what we represent.”

For 30 years, Just For Kix has had a directors convention. Just For Kix orchestrates youth dance programs in 13 states at about 210 locations for over 20,000 youth dancers.