Area organizations, volunteers gear up for Rocking the Block 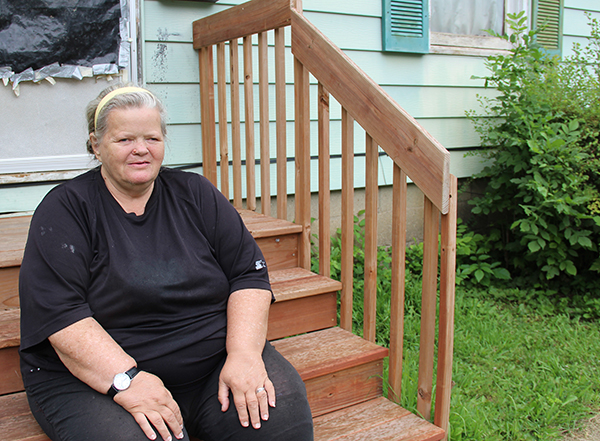 Top: Albert Lea resident Sandra Thompson is one of more than a handful whose home is being fixed up this week as part of Rocking the Block, a volunteer effort that incorporated more than 200 volunteers in 2014. – Sarah Stultz/Albert Lea Tribune

A group of volunteers from across the community will come together this week as part of the fourth annual Rocking the Block property rehabilitation project.

Work started Sunday and will go through Saturday.

Recipients had to be income-eligible, and this year include a variety of residents, including single families, elderly residents and families, said Amy Gauthier with the United Way of Freeborn County.

One of the recipients, Sandra Thompson, who lives on Todd Avenue, said she was speechless to hear that she was selected for the project.

“I think I’ll stick around for a few more years,” Thompson said. “It’s going to alleviate a lot of stress.”

Thompson, 66, said she and her husband, Raymond, moved into the house 43 years ago, the day after they got married. Raymond died July 23 after battling cancer.

Volunteers will varnish the steps, gut the kitchen and bathroom, paint and install new carpeting and new windows, among other tasks. They will also update some electrical work.

“There were a lot of things in her home that needed to be fixed,” Evans said.

She helped Thompson fill out an application, which was accepted.

Later, Thompson found also out she was chosen for a $15,500 grant through Wells Fargo.

Kari Tuma with Wells Fargo said Thompson was chosen by a collaboration to be used in the application for the grant.

“She called me and said you guys got it,” Evans said. “I got off the phone and screamed.”

She said the money will be able to go a long way.

Since the inception of Rocking the Block — and including this year’s work — community volunteers have completed rehabilitation at more than 30 owner-occupied homes, Ford said.

In 2014, there were more than 200 volunteers, and organizers hope that will only increase this year. These volunteers include local licensed general contractors, professional plumbers and electricians, among others — mostly organized through the Shinefest and AZ-One organizations. Habitat for  Humanity donated labor and donation of paints and other materials.

Ford said several local businesses give their employees paid time off from their regular duties to participate in the projects, and several businesses and residents have donated labor, materials and funds as well.

Wells Fargo Bank has provided a community grant of more than $14,000 to one homeowner, along with 60 hours of volunteer work.

Ford said he and the other organizers welcome anyone interested in volunteering to work at any of the projects.

“Even if you find it impossible to provide labor to these efforts, we would like to invite and encourage you to take time to visit a couple of the projects while the work is ongoing,” Ford said.

People can contact the United Way of Freeborn County at 373-8670 for information on getting involved. 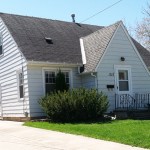 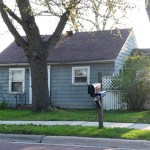 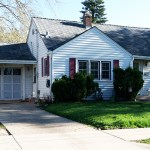