Charles William Smith, 78, died in his home with family on July 31, 2015, from complications of heart disease and diabetes. Funeral services will be 11 a.m. Tuesday at St. Theodore Catholic Church. Viewing will be one hour before the church service and visitation will be from 5 to 8 p.m. Monday at Bonnerup Funeral Service. 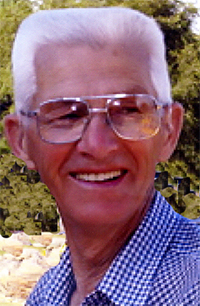 Charles, Chuck or Charlie — whichever you called him by, he would answer. He was a lifetime resident of Albert Lea. On March 3, 1937, he was delivered by Grandma Neist on the Neist Farm, being the first born of Ambrose (Hap) Smith and Florence (Neist) Smith. He started working at age 12 on the farm for 25 cents a day. At 16 he started working in town at the bowling alley, drive-in theater, Morlea Dairy and Page Sign Co.

Charlie graduated from Albert Lea High School in 1956 and enjoyed working on each class reunion thereafter. On July 7, 1956, he married Carol Johnson at St. Theodore Catholic Church. The Lord blessed them with six children: Terry, Connie, Patricia, Karen, Joann and Laura. He cherished his time with his dog Mitzi and the many grand pets. Family and friends were at the top of his list with love and concern. He would be ready to help anyone if he could.

After marrying he worked for Freeborn County, Morlea/Marigold Dairy, UPS, Briggs Transportation and lastly Yellow Freight. He commuted to work for 23 years to Mason City and Minneapolis/St. Paul in his two Honda Civic cars for a combined milage of 1 million miles. He retired in April 1999 after 44 years as a proud member of the Teamster Union. He also worked part-time jobs driving school bus, driving gas transports and painting signs. Charlie was proud to to be a contestant or volunteer helper for the Minnesota State Truck Driving Championships since 1970. He even went to nationals one year and several years placed in the top three.

Charlie was involved with his community by serving as PTA president for Halverson School, district PTA president and served on the Planning and Zoning Board for seven years.

One of his passions of 40 years was snowmobiling. In the ’70s he worked with County Engineer Joe DuPont to develop the snowmobile trail system. He was involved with the certification of young snowmobilers since the first class in Albert Lea. He spent numerous hours doing grooming and signage for the trail system and finally passed this duty along when he was 70 years old.

A second passion were his three motorcycles, scooter and trike. The 2002 Goldwing 1800 trike was his last bike, nicknamed Tweety Bird. He enjoyed his rides and being part of the Goldwing Chapter R.

Final interment will be at St. Theodore Catholic Cemetery, Albert Lea at a later date. In lieu of flowers, memorials are preferred to a charity of your choice.