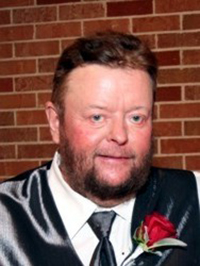 A memorial service was at 2 p.m. Saturday at Salem Lutheran Church in Lake Mills. The Rev. Peter Soli officiated. Inurnment will take place at Synod Lutheran Cemetery at a later date.

Visitation was one hour prior to the service on Saturday at Salem Lutheran Church.

Danny Lee Brackey was born Dec. 5, 1951, and baptized at Naeve Hospital in Albert Lea, the son of Thelma Issacson-Brackey and the late Marvin Brackey. He was confirmed at Lime Creek Lutheran Church. Dan attended Lake Mills High School and later went to NIACC to complete his GED.

On July 28, 1979, he was joined in marriage to Pamela Sanden. They went on to have twin daughters, Ashley Christine and Rebecca Lynn. He later was employed at The Wreck, Byerly’s and Cummins Filtration.