Dennis D. Opdahl passed away at home surrounded by his family and his beloved lab, Griffin, on Tuesday, July 28, 2015, after a brief and courageous battle with cancer. 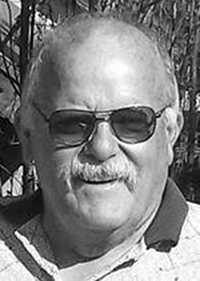 Dennis was born Jan. 31, 1952, in Albert Lea to Duane and Violet Opdahl. In 1969 the family moved to Forest City, Iowa, where he graduated from high school in 1970. Dennis went to Waldorf College, also in Forest City, where he met Jill singing in the choir. They graduated from Waldorf in 1972. After graduation he worked summers in Idaho with his uncle, Harlan. Dennis loved the beauty of Idaho so much that after marrying Jill in 1974, they packed up and moved to Pierce. They have one son, Jeremy, and one daughter, Jennifer.

Dennis worked as a logging truck driver for many years. He went back to college and earned his Bachelor of Science in business administration from Lewis-Clark State College. Dennis worked for Opportunities Unlimited, Clearwater River Casino and Asotin County/Community Living right up until his passing.

He enjoyed singing in the choir at Lewiston First Nazarene, volunteer ushering at the Lewiston Civic Theatre and was an active member of the Lions Club, serving on the board of directors. He also taught hunters education. His hobbies included snowmobiling, hunting, drinking coffee with friends and potlucks.

He is survived by his wife, Jill; children Jeremy and Jennifer; grandchildren Keegan and Maddisyn; mother, Violet Opdahl, all of Lewiston; sisters Cythnia (Don) Moore of Yakima, Janet (Bob) Holzer of Orofino, Idaho, and Betty (Howard) Weeks of Cavendish, Idaho; and his brother, Martin (Pam) Opdahl, of Pierce. He is also survived by many beloved aunts, uncles, nieces, nephews and cousins; and his two favorite chocolate labs, Griffin and Mocha.

He was preceded in death by his father, Duane Opdahl; uncle, Harlan Opdahl; aunt, Barb Opdahl; in-laws Joe and Beth Jensen; and both sets of grandparents.

His memorial service will be at 11 a.m. Saturday at Lewiston First Church of the Nazarene in Lewiston, Idaho, with lunch to follow.