He was born Oct. 8, 1939, in Linesville, Pennsylvania, to Donald R. and Lola (Young) Mackay. Don attended elementary school and high school in Linesville, graduating in 1957. He worked for the Pennsylvania Game Commission for two years before receiving several degrees in biblical studies from Bob Jones University in Greenville, South Carolina. On Aug. 11, 1962, he was united in marriage to his high school sweetheart, Glenda Baker, in Linesville. 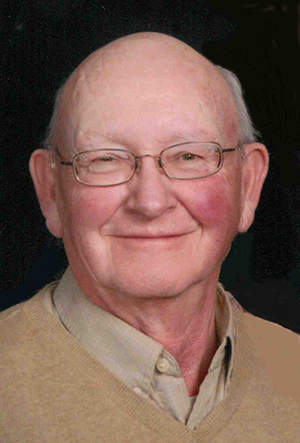 Over the years Don served as a church pastor and taught at Bible colleges in Florida, San Diego, Denver and Owatonna before moving to Albert Lea in 1984. He pastored in Albert Lea for 10 years, having experienced the wonderful grace of Jesus and abiding faithfulness of God ‘through it all.’ Don retired from preaching in 2001, while Glenda continued a faithful ministry at Crane Community Chapel in Austin. Following retirement, he worked for NAPA and he owned a lawn-mowing business for over 30 years. He and Glenda were members of Faith Evangelical Free Church in Austin.  Don enjoyed reading, canoeing, hiking, preaching and teaching, spending time with family and friends, and camping. He is now enjoying the ‘rest’ of the Lord’s eternal campground.

A memorial service will be at 11 a.m. Thursday at Faith Evangelical Free Church in Austin. The Revs. Mike Sager and Dale Christiansen will officiate. Friends may call one hour prior to the service at the church on Thursday. Interment will be in Oakwood Cemetery. Services prearranged and performed by Worlein Funeral Home of Austin. Condolences may be expressed to the family online at www.worlein.com.