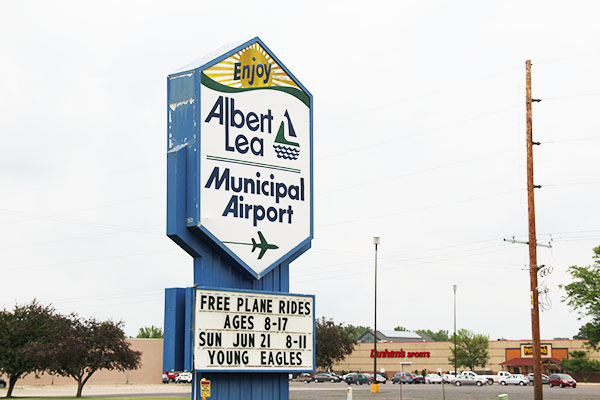 We applaud the Albert Lea City Council and city staff for jumping at the chance to make improvements at the city’s airport while federal and state funds are available to pay for a majority of the cost.

The city is looking at building a new arrival and departure building by spring 2017.

The present-day arrival and departure building, constructed in 1972, is not only outdated, but is too small.

With all of the other improvements made at the airport in the last decade, it seems like common sense to finally update this building, as it is often the face of the airport.

The new building, planned to be approximately 4,300 square feet, is expected to cost $1.2 million.

Of that cost, 90 percent is projected to be paid by federal funds, 5 percent by state funds and 5 percent by local funds.

This building will help make the community a more competitive place for business and brings the airport up to current standards.

It will also house the flight school.

We support this project, particularly with the support of state and federal funds. It still needs final approval from the council.