Editorial: Splash pad would be an attraction 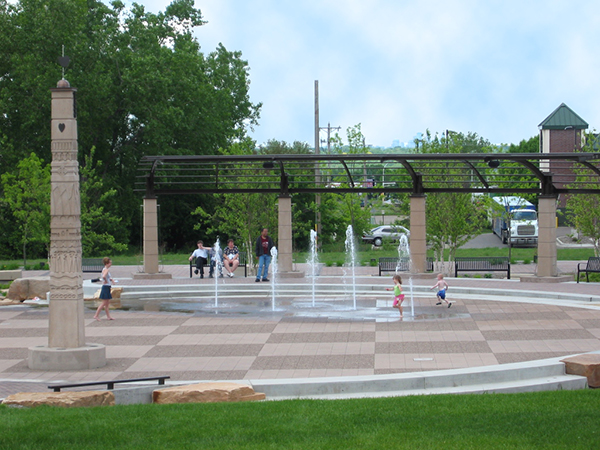 Since Albert Lea’s last Wind Down Wednesday in July, we have heard many comments about the idea of implementing a splash pad on North Broadway, south of Fountain Street and north of the parking lot.

At Wind Down Wednesday, the Albert Lea Fire Department had a pop-up splash pad— essentially a raised fire hose that people could run under and splash in. The event attracted hundreds of children of all ages and backgrounds and brought young families downtown.

While this was only a temporary recreational opportunity, some community groups have talked about fundraising for a permanent one that could act as an ongoing attraction for the area.

We support that idea.

The Tribune’s initial story about the idea of a splash pad on July 17 reached 12,372 people and garnered 665 Facebook likes.

Of the 52 Facebook comments about the story, 50 were positive, with people either voicing their support for it or tagging friends to the story. Only two were in opposition.

The city today is releasing the results of a community-wide survey conducted earlier this year of a sample of residents on multiple issues, and the support in that survey is not as strong. About 33 percent of respondents said they “strongly support” or “somewhat support” a cost-share partnership with an organization for the project. The question noted that the city’s portion of the $200,000 cost could result in an increase in property taxes.

Support was stronger among younger respondents, with 53 percent of 18- to 34-year-olds saying they were in favor, while only 17 percent of those aged 55 and older showed their support.

We believe the response could have been more supportive had the cost of the project been $100,000, and the project is scaled back some. It also should complement the historical feel of the downtown, with more natural elements such as stone, along with fountains.

We urge community groups to come together to support this project and fundraise at a community level. Not only does it provide another opportunity for our younger families but it brings more people downtown.

We believe the social media reponse and attendance at the last Wind Down Wednesday were a testament to the support for this project.

Editorials are the opinion of the Albert Lea Tribune editorial board.