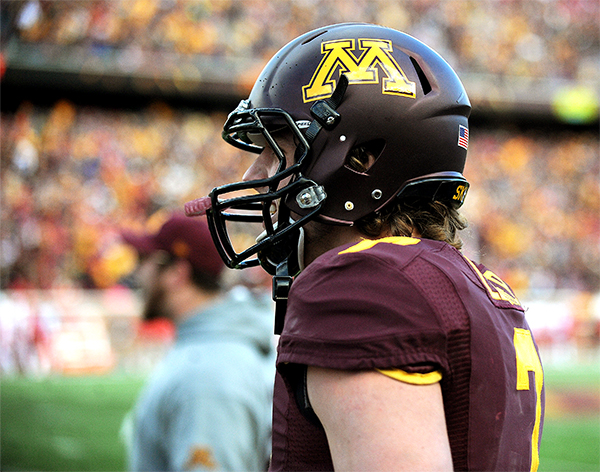 National respect is an uphill battle for the Minnesota Gophers’ football program.

At first glance, that doesn’t seem too bad. After all, it’s only been four years since the 3-9 debacle with home losses against New Mexico State and North Dakota State.

However, the Gophers are coming off a pair of eight-win seasons and return four offensive and seven defensive starters. Minnesota will need to replace running back David Cobb and athletic tight end Maxx Williams, but the team brings back quarterback Mitch Leidner.

It could be the perfect storm for the Gophers to make a run at the division title.

The bottom four division teams — Iowa, Northwestern, Illinois and Purdue — all had losing records last season, except Iowa, a team that was 7-6 and lost five of its last seven games.

The two teams above the Gophers — Wisconsin and Nebraska — both have massive question marks with new head coaches with the added fact that both coaches were underwhelming in terms of winning percentage at their previous schools.

Wisconsin was chosen to win the division in Paul Chryst’s first year, even though he had a 19-19 head coaching record in three years at Pittsburgh.

Nebraska was picked as the runner-up in Mike Riley’s first year. He is coming off a 5-7 season at Oregon State, and the Beavers had losing records three of the last five years.

Along with a projected soft division, scheduling helps Minnesota as well. Although the Gophers play at Ohio State on Nov. 7, all of their other key matchups will be played at TCF Bank Stadium.

If the Gophers win the games they’re supposed to win and steal one at home from Texas Christian, Nebraska or Wisconsin, Minnesota should be in the hunt.