Memorial services for Eldon Baker will be at 1:30 p.m. Monday at Crossroads Church in Albert Lea. The Rev. James Peterson will officiate. Burial will be at Hillcrest Cemetery. Friends may greet the family from 4 to 6 p.m. Sunday at Bayview/Freeborn Funeral Home and from noon until the time of the service on Monday at the church. 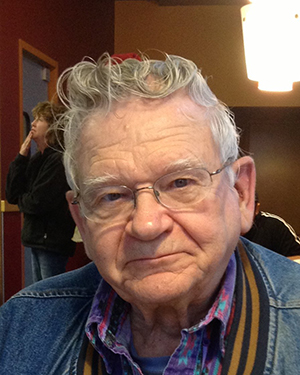 Eldon Baker died unexpectedly on Monday, July 27, 2015, in his home. He was 82. Eldon George Baker was born on Aug. 12, 1932, to George W. and Sarah A.W. (Goltz) in Janesville. The family lived in Janesville prior to moving to Albert Lea in 1944. Eldon graduated from Albert Lea High School.

Eldon had a varied career starting in high school by working for Coonradt’s Grocery. After a brief stint of working on a pipeline with his father and then for Caterpillar in Joliet, Illinois, Eldon returned to being a grocer in Albert Lea and worked for Piggly Wiggly, later IGA. While working there he met his future bride.

On July 19, 1959, he was united in marriage to Elizabeth A. Woollard in the chapel at First Lutheran Church in Albert Lea. After living briefly in Faribault they moved back to Albert Lea in 1961, moving into the house on Vine Avenue where they welcomed their two children. In 1966 they moved to the home they shared the rest of their lives.

In 1974, Eldon changed careers and became an over-the-road truck driver. He drove for over 20 years for Ellsworth Freight Lines, Matson Truck Co. and Lawrence Leasing. In 1998 he retired from driving and became a custodian at Trail’s Travel Center. At that time he also started chapel service at Trail’s on Sunday mornings for the truck drivers. He and Elizabeth did that for many years together, until it morphed into the Truck Stop Ministry that it is today. He remained active with the ministry until the end.

Eldon was passionate about his walk with the Lord. Eldon was a member of Calvary Baptist Church with his family when they moved to Albert Lea. After his marriage to Elizabeth, they joined Grace Lutheran Church where they were members for many years. After Elizabeth passed away, Eldon joined Crossroads Church.

Through his life Eldon enjoyed camping and traveling and later, flower gardening. Prior to his becoming a truck driver the family went on many, many trips around the country. He was also passionate about going to Bible studies, including those at Grace Lutheran and Crossroads, as well as other churches in town. He was also a member of the Christian Business Men’s Committee for a long time. He also enjoyed going for morning coffee at McDonald’s with his mens group.

Eldon was a loving father and husband and will be greatly missed. Eldon is survived by his son, Michael, of Albert Lea; daughter, Jolene, of Rochester; nephew, John, and Theresa Woollard (Aidan and Althea) of Elgin; nephew, Tim, and Melody Randall of Hollandale; sisters Alice Hedum of Tacoma, Washington, and Lois (Len) Randall of Marysville, Washington; sister-in-law, Pat Baker, of Everett, Washington; sister-in-law, Gloria Woollard, of Alden; as well as many other nieces and nephews and great-nieces and nephews around the country; and his special friend, Barb Gilman.

He is preceded in death by Elizabeth; his parents; two brothers; and one sister.