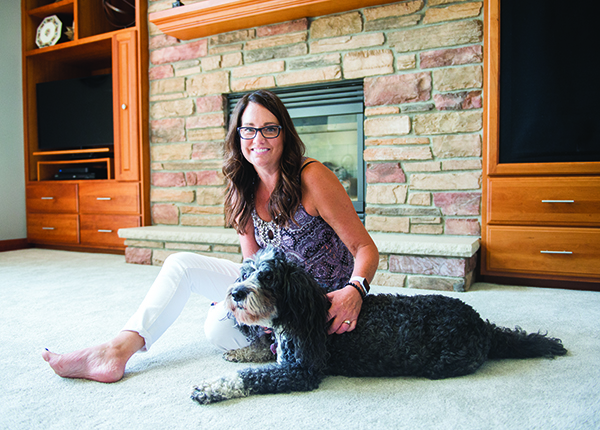 Linda Laurie and her family adopted Emmie about 11 years ago from the Humane Society of Freeborn County. They also have an 8-year-old standard poodle named Sophie. – Colleen Harrison/Albert Lea Tribune

For a large percentage of people, pets are an important member of the family. Pets can come from many places, such as pet stores, breeders, friends or the street.

However, three local families have had great success adopting animals from the Humane Society of Freeborn County. These families have found everything from purebred dogs to mutts, but most of all they found a new member of the family to stay for years to come.

Linda Laurie and her dog, Emmie

Eleven years ago, Linda Laurie and her family, of Albert Lea, came across Emmie online while looking at pets after their family dog died.

The Humane Society found Emmie south of Albert Lea, huddled in a ditch. Eventually she was coaxed out of hiding, but her fur was matted and she was malnourished. Laurie said there was even gravel embedded in her paws.

Emmie was determined to be some sort of poodle mix who was approximately 2 years old. Now, she is between 13 and 14 but still gets around the house just fine.

Laurie recalls that Christa DeBoer, with the Humane Society, set up a time for the Lauries to meet Emmie, and they were eventually able to adopt her.

Over the years, Emmie progressed well, Laurie said. While loud noises such as thunderstorms, fireworks and guns scare Emmie, Laurie said her children would huddle around to calm the dog during these times.

Due to her age, Emmie’s hearing and vision are going but Laurie said Emmie’s veterinarian said she has been taken care of well.

Emmie also gets along well with the Laurie’s other dog, Sophie, an 8-year-old standard poodle. When Sophie was a puppy, Laurie said Emmie was like a mother to her.

Laurie said she is 100 percent behind adopting from the shelter, especially as the Humane Society is above and beyond capacity at the moment.

Karen Meyerson and her cats, Pancake and Waffles

Meyerson said she missed having a cat, so she ended up adopting Pancake and Waffles, who were found together outside after their owner moved. The cats were named by Meyerson’s daughter.

When Meyerson went to look at the cats, Pancake was friendly but Waffles was hiding in the back of his crate. However, he turned into a different cat once Meyerson brought him home.

“The minute we got him home his personality came out,” she said.

Meyerson said the reason Waffles was so subdued at the shelter was because he is afraid of Pancake, who isn’t particularly fond of him. However, Meyerson said Waffles is a very friendly cat who loves everybody.

As for adopting from a shelter, Meyerson said she has adopted all of her cats from shelters or has found them street and taken them in.

“There are so many beautiful, wonderful animals,” she said.

Meyerson said many animals are the same case as Waffles — shy at the shelter but blossom in a home. She encouraged potential adopters to not assume shelter behavior will be home behavior. One tip she had is to talk to the people at the shelter who care for them to get a better idea of their personality.

As for Meyerson, she said she has always had pets and will always have pets. She also has an 11-year-old dog, Deke. Waffles likes to try and play with Deke, but Pancake doesn’t pay him any mind.

“I can’t imagine a life without my animals,” she said.

Bones was born in Kentucky and was trained to be a hunting dog, but as he wasn’t cut out for the work he was going to be put down. Hantelman said Bones was picked up by a rescue group and eventually he ended up in Minnesota.

Since Bones is older, Hantelman said he is calm, well trained and good with her three children that range in age from 3 to 16.

The Hantelmans also have two other dogs, a number of cats, a bird and many other animals. Joel Hantelman, Kristi Hantelman’s husband, said the family probably has close to 73 animals in total.

The Hantelmans have also adopted 10 cats from the shelter, including 2-year-old cats Sylvester and Miles, who were from a litter of kittens the Hantelmans fostered.

Kristi Hantelman said the shelter always needs volunteers. She also said adopting animals is something she recommends to other families looking to find a new pet. 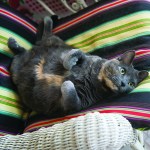 Pancake is a domestic short hair that Karen Meyerson and Jack Dooley adopted from the Humane Society of Freeborn County about six years ago. She is believed to be about 8 years old. – Colleen Harrison/Albert Lea Tribune 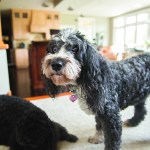 Emmie is most likely between 13 and 14 years old, and is probably a poodle and spaniel mix. – Colleen Harrison/Albert Lea Tribune 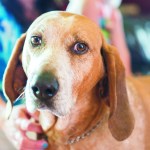 Bones is a 9-year-old redtick coonhound. The Hantelmans have had him for about three years. – Colleen Harrison/Albert Lea Tribune 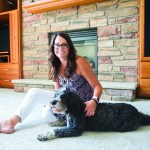 Linda Laurie and her family adopted Emmie about 11 years ago from the Humane Society of Freeborn County. They also have an 8-year-old standard poodle named Sophie. – Colleen Harrison/Albert Lea Tribune 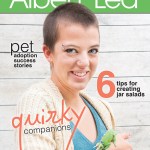 Find this and other stories in the September/October issue of Albert Lea magazine, available now.