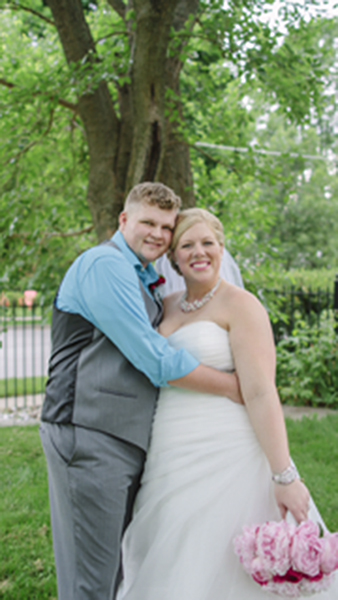 Samantha Flaa and Jeffrey Hopp of Johnston, Iowa, were married in a double ring ceremony at 4 p.m. June 6, 2015, in Des Moines. The Rev. Bill Ekhardt officiated.

The bride is the daughter of Steve and Kim Flaa of Albert Lea and the granddaughter of Buzz and Bobbie Hagen of Hawthorne, Iowa.

The groom is the son of Ron and Vicki Hopp of Des Moines.

A reception immediately followed the ceremony at the Holiday Inn in Urbandale, Iowa.

The bride is a graduate of Albert Lea High School. She attended Simpson College for her undergraduate studies and attended graduate school at Buena VIsta University. She is currently employed at Des Moines Public Schools.

The groom is a graduate of Iowa State University. He is currently employed by ADP.