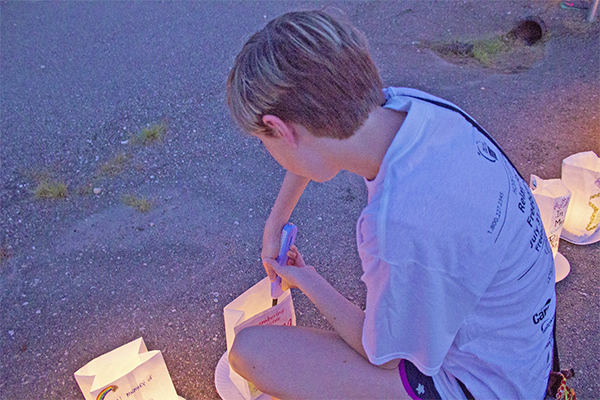 Talia Mentges, 14, of Pine Island, lights a candle for her grandpa, who passed away from lung cancer. — Sam Wilmes/Albert Lea Tribune

Cancer survivors and their loved ones, along with supporters, gathered to fight cancer.

More than $36,000 was raised at the event, not including online donations. More than $108,000 has been raised for the Freeborn County Relay for Life this year.

“We’re very happy,” said Diane Moore, organizer of the Relay for Life. “It was a great and successful event. Everything went smoothly.”

She estimated there were between 1,200 to 1,500 people at the event, a relatively high figure.

It started at 6 p.m. Friday and ended at 6 a.m. Saturday to symbolize the daily struggle of those battling cancer.

Honorary survivors Monica Nelson and Connie Moffitt described the process they went through after being diagnosed with cancer to those in attendance.

Nelson, now 44, was diagnosed with Stage 4 colon cancer when she was 36. She is now cancer free.

Moffitt was diagnosed with Stage 3 breast cancer in 2011. Her cancer has been in remission for nearly four years.

The Relay for Life also had a memorial walk, live entertainment, a silent auction, yoga, an iPad drawing and other events.

“This gives everyone the chance to contribute to fight cancer, either through walking or donating,” Cheryl Lonning said.

Don and Judy Krupp along with Charles and Shari Van Wey were presented with the Regional Fight Back Through Advocacy Award.

“We’re really appreciative of this award,” Charles Van Wey said. “We’ve received so much help from the community. Once you have cancer you understand the tough journey. Nobody should have to walk it alone.”

Van Wey said he has co-facilitated a cancer support group and dedicated his life to fighting cancer, both at the local and national level.

The family of Jason Westcott, who was diagnosed with Stage 3 melanoma in 2014, donned Team Westcott shirts in support of their father and husband.

“This is pretty cool,” Jason Westcott said of his family’s support. “This means a lot to have the support of my entire family.”

He’s had two surgeries so far and is scheduled to have a third one. He said he’ll know when on Tuesday. 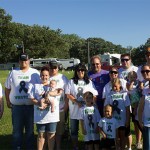 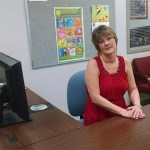 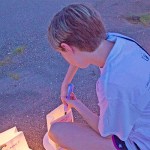 Talia Mentges, 14, of Pine Island, lights a candle for her grandpa, who passed away from lung cancer. — Sam Wilmes/Albert Lea Tribune 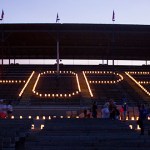 Luminarias were lit around dusk to symbolize hope in the fight against cancer. — Sam Wilmes/ Albert Lea Tribune 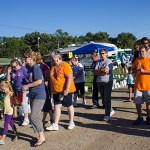 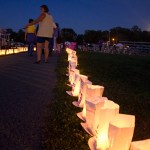 Candles inside luminarias were lit at dusk Friday night to support those with cancer. — Sam Wilmes/Albert Lea Tribune