Memorial services for Gene R. Matthes will be at 3 p.m. Saturday at First Lutheran Church in Albert Lea. The Rev. Diane Odermann will officiate. Visitation will be from 4 to 7 p.m. Friday at Bonnerup Funeral Service in Albert Lea and again one hour prior to the service at church. Interment will be in Hillcrest Cemetery in Albert Lea. Military honors will be accorded by the Albert Lea area veterans organizations. 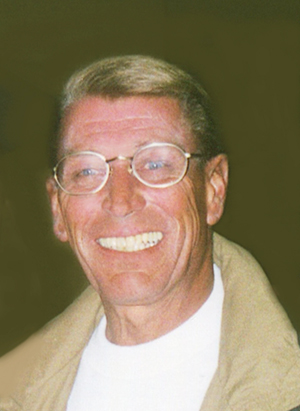 Gene “Geno” Richard Matthes was born Jan. 27, 1946, to Alfred and Luella (Rupp) Matthes in Albert Lea. He passed away Tuesday, Aug. 25, 2015, after a courageous battle with cancer surrounded by his loving family. He was 69.

Gene graduated from Albert Lea High School in 1964. He then enlisted in the United States Air Force, where he served from 1964 to 1968. He served his country in the Vietnam War.

After his honorable discharge in 1968 he started working for Scottsman. He then went to Thermo-King Mechanic School in the Twin Cities. After graduating in 1970 he went to work for Dave Syverson Ford as a mechanic. From 1970 to 1978 he worked as a truck driver for Wilson & Co. From 1978 to 1982 he worked for Tow and Travel in Albert Lea. Gene, nicknamed “Fat Albert,” bartended at American Legion Post 56 from 1970 to 1980. In 1982 Gene went to work for the Minnesota Department of Transportation as a highway maintenance worker. He worked there for the last 32 years. That’s where he was nicknamed “Grandpa” and “Wrinkled Old Fart.”

Gene is preceded in death by his parents Alfred and Luella; brother, Larry; and bonus son, Chad Monson.

Gene’s message to his friends is, “If you’re reading this have a tall Mich Golden Light for me! (With olives of course) Goodbye!! Love you all!!!! Husband, Dad, Grandpa, Geno”