ST. PAUL — A key Republican leader in the Minnesota House is calling for hearings into the actions of the Democratic state auditor.

The request follows accusations made by county auditors who claim State Auditor Rebecca Otto is pressuring them into long-term audit contracts with her office, even though a new state law will allow them to hire private audit firms beginning in 2016. 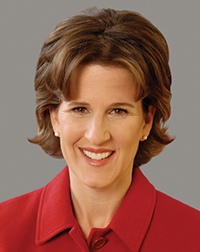 The auditors said they received a letter directing 59 Minnesota counties to sign a three-year contract with Otto. They said the letter came without warning and has an Aug. 21 deadline to sign a contract with the state auditor’s office.

“It’s hard not to think that this doesn’t have something to do with the legislative change that was made where counties can choose their own auditors,” Lac qui Parle County Auditor Jake Sieg said.

Chisago County Administrator Bruce Messelt said it feels like more of an order than an invitation to negotiate.

“It’s weird,” he said. “We don’t feel quite that the state auditor is being a partner that you sit down and you negotiate with. We kind of feel like it’s maybe a negotiation by shotgun.”

Officials in both Lac qui Parle and Chisago counties plan to consider hiring a less-expensive private audit firm, but officials said they haven’t completely ruled out a one-year contract with the state auditor.

Otto said she’s seeking a three-year cycle in an effort to ensure “consistency and efficiency” for both her staff and county staffs. She said her actions are lawful and aren’t a political strategy.

“I had my legal staff review what we’re doing, and we are acting consistent with Minnesota law,” Otto said.

But the state’s top Republican leaders question her motives and argue that Otto is playing politics.

“I think it’s a slap in the face to the Legislature,” said state Rep. Sarah Anderson, a republican from Plymouth, who’s the chair of the House State Government Finance Committee.

Anderson said she has notified county auditors that they aren’t required to sign a contract with the state auditor. She also has called for the legislative hearings into Otto’s actions.

“This I think is just really using her power in an inappropriate way to bully the counties,” Anderson said. “It tells me that she is sending a message to these counties: ‘Sign this letter or else.”’