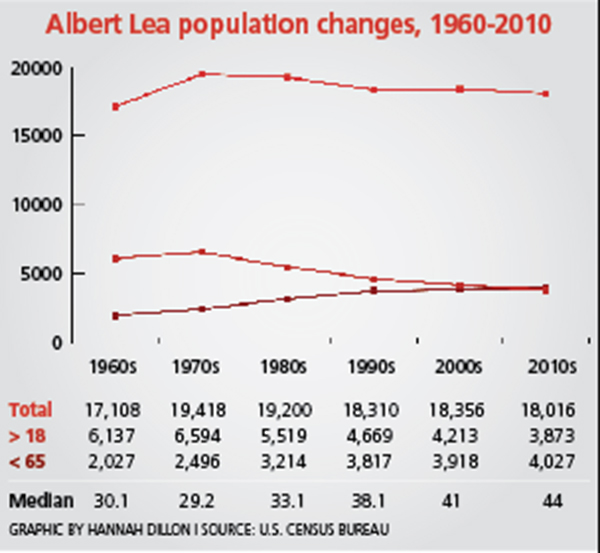 Smaller numbers of graduating seniors could be contributing to having less workers to fill jobs in Albert Lea.

There are 212 students in the Albert Lea High School senior class of 2016. This is the second smallest class presently in the district, with the smallest class being 11th grade, with 210 students, said Albert Lea Area Schools Superintendent Mike Funk.

Funk said typically about 20 students will leave school before getting into high school, so the class sizes for the elementary grades will change.

While the senior and junior classes at the high school are much smaller compared to the rest of the classes, Funk said there has been an overall trend at the district of a slight increase of attendance every year for the past three or four years.

This general trend of less younger people has been going on for decades in Albert Lea, and the state as well, partially due to the baby boom. 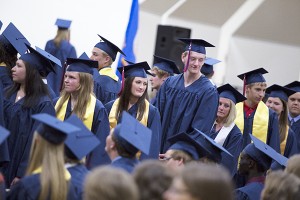 With the number of Minnesotans under age 18 dropping — and with millennials not having as many children as the baby boomers — the local workforce will be affected, Funk said.

“If there’s fewer kids, there’s a smaller pool to draw into the workforce,” Funk said, noting that a portion of each class will be leaving Albert Lea to go to college.

However, Albert Lea Area Schools are doing a few things on the high school level to introduce more students to the local workforce.

Funk said there are other avenues for students to enter the workforce as well. Kathy Niebuhr, director of secondary programs at Albert Lea Area Schools, has been meeting with businesses since last spring, Funk said, to develop internships that aren’t as formal as the Youth Apprenticeship Program.

“What we have to do as a school system is to provide as many opportunities for these kids who aren’t going off to college to get them into the workforce,” Funk said.