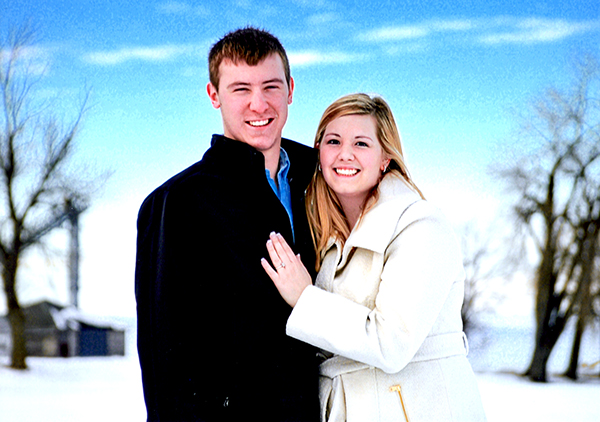 Scott and Tanya Hemmingsen of Alden announce the engagement of their daughter, Courtney Hemmingsen, to Jordan Janzig, son of Jonathan and Tami Janzig of Wells.

The bride is the granddaughter of Mal and Colleen Prinzing of Albert Lea and the late Bernard and Lois Hemmingsen of Alden.

The groom is the grandson of Christine Albers of Alden, the late Marlin Albers of Kiester, the late Sandra Albers of Mankato and the late John and Anita Janzig of Wells.

The bride is a 2011 graduate of Alden-Conger High School. She graduated from Minnesota State University, Mankato in 2015 with a bachelor’s degree in child development and family studies. She is currently employed at the Children’s Center in Albert Lea.

The groom is a 2010 graduate of United South Central High School. He graduated from South Central College Mankato in 2013 with a degree in agribusiness production. He is currently employed with Kibble Equipment in Mankato.