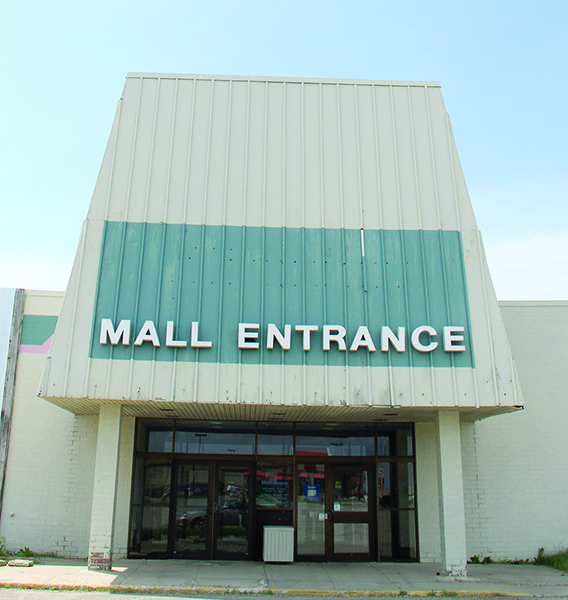 Negotiations have started again for the potential purchase of the Oak Park Mall in Austin. – Jason Schoonover/Albert Lea Tribune

AUSTIN — Hy-Vee has confirmed it is working with other businesses and the city of Austin to potentially restart a purchase agreement to buy the Oak Park Mall.

“We have continued discussions with the Austin Port Authority and City Council in hopes of reaching an agreement with all parties involved,” Tina Potthoff, senior communications manager with Hy-Vee, said in a statement. “This has been a challenging project, but the city and port authority have been great to work with. We would not be where we are today without their help, and we are hopeful an agreement can be reached soon.”

The Austin Port Authority and Austin City Council discussed the deal last week as the groups plan to revive the deal. City officials expect an announcement from all groups involved within the next few weeks.

The city entered into a purchase agreement with Oak Park Ltd. Partnership — the company formed by Chicago-based Martin Graff of M H Graff & Associates Inc. and Martin Goldman of M J Goldman & Co. Ltd. — last October to redevelop the mall site. Under the previous plan, the city would lead a $3 million demolition project necessary for a 60,000- to 90,000-square-foot grocery store.

Yet ongoing negotiations proved difficult. The city not only had to work with the Oak Park Mall owners, but attorneys from Younkers, Shopko and Cinemagic 7 to get a demolition project off the ground so the property could be handed over to Hy-Vee. In February, the city was forced to drop its purchase agreement after the 90-day agreement period expired.

Attorneys with The Bon-Ton Stores, the parent company of Younkers, approved and sent out a final draft of an agreement in April for the city to allow the project to move forward. That agreement included a $250,000 incentive for Younkers to remodel, as well as 18 months of free rent. But the company changed its draft a week later after their attorneys drew up an additional 22 stipulations.

That deadlock effectively killed the deal, according to city officials. A Bon-Ton spokesperson said the company had mostly agreed to the deal’s financial terms but wanted additional stipulations to protect its property, such as agreements on common space and maintenance concerns.

The city couldn’t work out an agreement in time, and the purchase agreement was dropped.

Despite that, negotiations continued privately between Hy-Vee and the other companies, which have progressed far enough to bring the city back into the development deal, pending a few minor changes the city hopes to negotiate into their agreement.