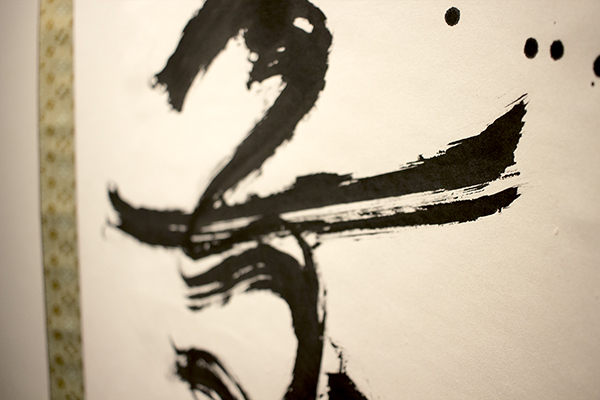 Dee Teller, of Faribault, will show her sumi-e brush scroll and fan paintings at the Freeborn County Arts Initiative from Sept. 3 to Oct. 29 in the Asia Speaks exhibit.

Teller began sumi-e painting in 1986. She said she got hooked on the brush used for sumi-e painting — it’s made from bamboo and animal hair and will always come to a point when wet.

In 1987, Teller studied in Hangzhou, China, and also studied under master horse painter Lok Tok for over 15 years. In 1992, Teller won third place in the world in an invitational competition in Beijing with over 6,000 artists from 16 countries.

“It’s been uphill ever since!” Teller said with enthusiasm. 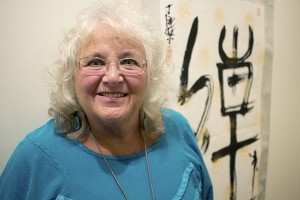 The walls of the Freeborn County Arts Initiative are covered with Tellers’s scrolls and fans, which are the traditional ways to display Asian art, Teller said. Her art is mounted in China, Japan, Korea or the United States by a Japanese scroll maker in Utah.

There is a mix of art in this show, including calligraphy, flowers and horses, the latter of which Teller is world-famous for. Many of her pieces also have similar themes, such as the character for “spirit.”

Teller said she likes the character for spirit as it brings her to a meditative state while she is painting. She also said it’s an easy character to paint, so she often teaches it to students while teaching sumi-e brush painting.

Some of her art also features the character for dragon or characters in the shape of a dragon, as she was born in the year of the dragon in the Chinese zodiac.

Many, if not all, of Tellers’s painting also have the flying white calligraphy technique, which involves a brush with less ink on it that shows paper through the strokes. 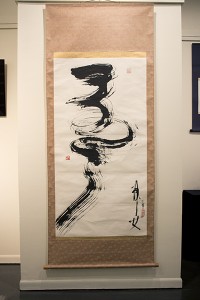 Dee Teller considers “Sing” to be one of her best works in the show. – Hannah Dillon/Albert Lea Tribune

Each painting has a story behind it. “Tree where Artists Gather” is a large scroll with a tree painted on it, and Teller can tell a story about how scholars used to gather under trees to escape the heat while making art.

“Meditation” is a scroll featuring Korean calligraphy, which was inspired by Teller’s trip to a friend’s yoga studio that had a piece on the wall with the Korean characters for meditation.

“Nature’s Carpet” is a piece that features maple leaves, as Teller likes to collect maple leaves from her daughter’s yard and keep them in a bowl in her studio. She said she can communicate with her daughter through nature this way.

Many of Tellers’s paintings have a nature theme, as much Asian art uses nature’s references and likes to take from nature, Teller said.

In addition to the paintings on the walls, a zen garden is set up in the middle of the gallery. Visitors are welcome to interact with the garden while at the show.

Teller said she hopes each person who comes to the show will feel blessed by chi energy and the magic of her work.

“This is the most amazing use of the gallery,” she said. “It’s in perfect harmony.”