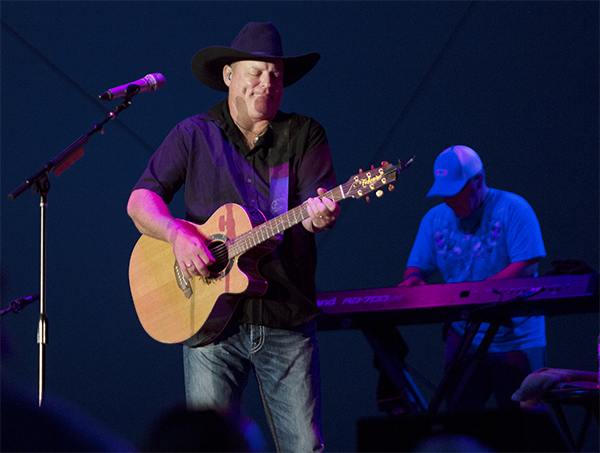 The grandstand was seeping with excitement during John Michael Montgomery’s performance at the Freeborn County Fair Grandstand on Friday night.

Montgomery is originally from Kentucky and began his singing career in 1991. Over the course of his 24 years of singing, Montgomery has had over 30 top 10 hits, 18 No. 1 hits and over 20 million albums sold.

Montgomery opened the concert with his song “Cowboy Love” which went right into the second song, “Beer and Bones.”

Montgomery enjoyed telling the crowd to take it back to when the songs were produced. For his third song of the night,”Life’s a Dance,” he told the audience to picture themselves in 1992.

The crowd quieted down some with many choosing to slow dance for Montgomery’s fourth song, “I Love the Way You Love Me,” which peaked at No. 60 on the Billboard charts.

Montgomery’s band also received some recognition with many solos throughout the 16-song set list.

Montgomery dedicated songs to his daughter, friends and anyone serving in the military, and think the fans for coming after he sang “Rope the Moon” to close the show.

Montgomery came out for an encore after whistling and screaming from the crowd. He proceeded to sing two songs, one of which was a cover of Bob Seger’s “Turn the Page.”

The show ended after Montgomery sang one final song, “I Swear.” “I Swear” was No. 1 on the U.S. Hot Country Singers and Tracks. It also climbed to No. 42 on the Billboard Hot 100. 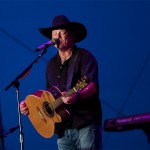 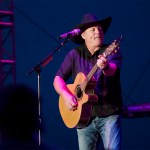 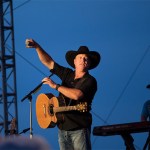 John Michael Montgomery gets a little help from the audience while performing Friday at the Freeborn County Fair. — Colleen Harrison/Albert Lea Tribune 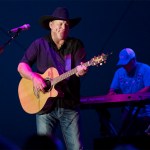