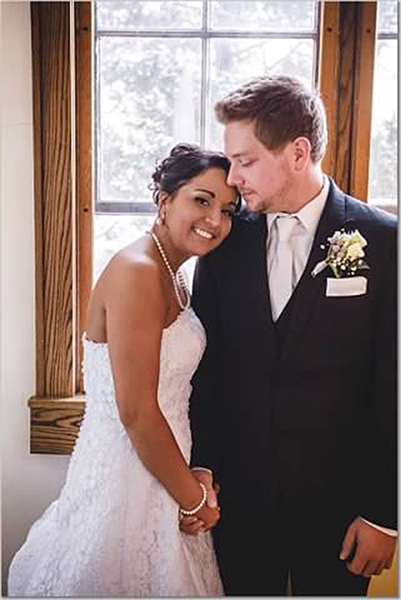 A reception at The Fairlane Building  immediately followed the ceremony.

She is employed at Great Clips in Albert Lea.

He is employed at Minnesota Corrugated Box in Albert Lea.