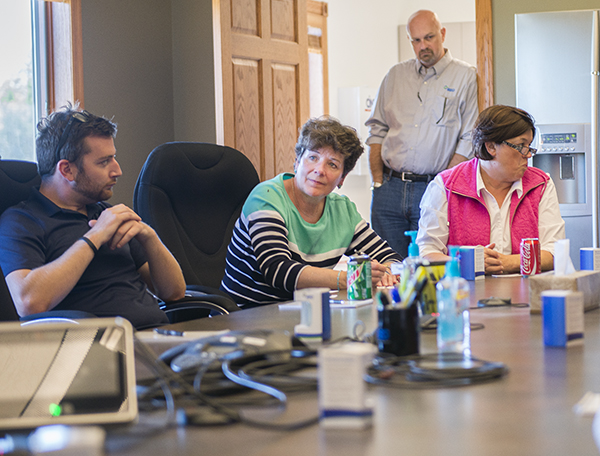 Bennett said the tour was a vital part of her job.

“It’s important to see how the things we are doing in St. Paul are connecting to what people are doing throughout the state,” Bennett said. “This is really interesting.” 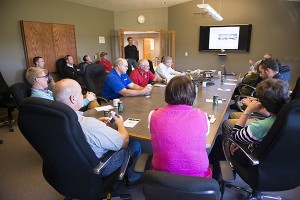 She said it balances the relationship between lawmakers and constituents.

“So often people down here have to come to us,” she said. “It’s good that we can come down here. It’s good for communication.”

Bennett said she is seeking to eliminate discord between the state and local residents with regulations and rules.

Hedderich said biodiesel adds value to a bushel of soybeans, steers and hogs. He described technology and upgrade capabilities at the company’s plants.

He said REG generates value in many ways, including energy security and environmental benefits.

The two committees are on a two-day state tour. Prior to coming to Albert Lea Tuesday, lawmakers were in Faribault and Austin.

“This gives them the first-hand opportunity of seeing what biodiesel does for southern Minnesota,” said Mike Youngerberg, senior director of field services at Minnesota Soybean Growers Association.

Rep. Nels Pierson, R-Rochester, was pleased with the tour.

“This was great,” Pierson said. “I’ve had quite a tour in southeastern Minnesota today. It’s been interesting to see all the automation and ergonomic improvements plants have made in the last 20 years.”

REG Albert Lea is a commercial-scale biodiesel production facility. The multi-feedstock refinery manufactures approximately 30 million gallons of high-quality biodiesel a year, according to the company.

The biodiesel plant began production in April 2005. REG acquired the facility in 2011 and completed multi-feedstock technology upgrades in 2013.