Lois Hammond, 71, of Sioux Falls, South Dakota, passed away on Friday, Aug. 21, 2015, at Dougherty Hospice House after a 20-month battle with cancer.

Lois was born Sept. 21, 1943, in Blue Earth, to Elmer and Ida (Berndt) Eckhardt. She grew up on a farm east of Blue Earth and graduated from Blue Earth High School in 1961. After graduation she moved to Albert Lea where she was employed as a secretary for Universal Milking Machine Co. In 1963 she moved to Rochester, and was employed by Mayo Clinic as a receptionist. 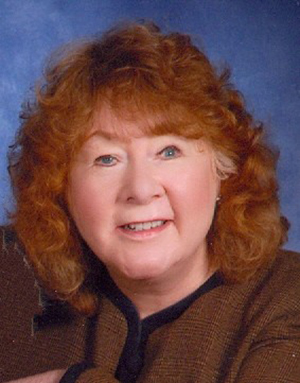 Lois was united in marriage to Dean C. Hammond on Aug. 8, 1964, at Immanuel Lutheran Church in Emerald Township, Blue Earth. The couple resided in Albert Lea where she was employed by Albert Lea Medical and Surgical Center as a receptionist until 1968. In 1975 she joined the family business, Cardinal Canvas Products Inc., as the chief financial officer. While working full time she attended Austin Community College from 1979 to 1981. She took classes in business law, economics, European history and her favorite was art history.

In 1993 Lois and her husband, Dean, moved their home and business to Sioux Falls.

Her family was very important to her and she enjoyed spending as much time with them as possible. The grandchildren were the love of her life. Lois enjoyed gardening, sewing for the grandchildren and home, the challenge of the stock market and playing cards. She was an active member of Zion Lutheran Church in Sioux Falls. She was involved with the LWML, alter guild and served as an officer for several groups and projects through the years.

Dean and Lois enjoyed traveling to Europe, Canada, Alaska and driving along the west coast, also visiting many states. They were also members of the Sno-Trackers Snowmobile Association and enjoyed spending time in the Black Hills area. As much fun as it was to travel, they always cherished coming back home. Their home was filled with the aroma of freshly-baked apple pie and chocolate chip cookies.

Grateful for sharing her life is her husband, Dean and three children, Jane (Darin) Steffen of Sioux Falls, John (Nancy) Hammond of Sioux Falls and Beth (Kevin) Neil of Sartell; and six grandchildren, Katherine and Mary Steffen, Michael and Sarah Hammond and Christen and Beckett Neil; her sister, LouAnn Ogilvie of Rochester; and brother, Paul Eckhardt, of Duluth.

She was preceded in death by her parents; one sister, Carol Eckhard; and three brothers, Norman Eckhardt, Leo Eckhardt and Wayne Eckhardt.

A celebration of life will be 11 a.m. Saturday at Zion Lutheran Church in Sioux Falls. Visitation will begin at 2 p.m. Friday at Heritage Funeral Home with family present to greet friends from 6 to 8 p.m.