Memorial services for Lyle E. Merfeld of Mason City, Iowa, will be at 11 a.m. Saturday at First United Methodist Church, 119 S. Georgia Ave. in Mason City. The Rev. Kathleen Moore will officiate. Friends may greet the family one hour prior to the service at the church. Interment will be in Memorial Park Cemetery in Mason City at a later date. Military honors will be accorded by the Mason City Veterans of Foreign Wars honors group. 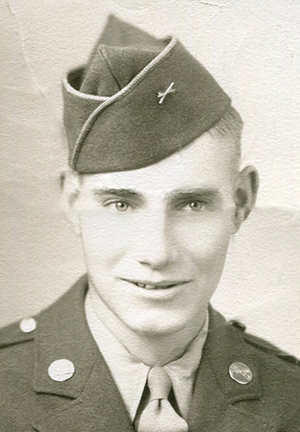 Lyle was born Oct. 17, 1926, in Greene, Iowa, the son of John Carl and Margaret Sophie (Hammel) Merfeld. He graduated from Chapin High School in 1944. He served his country during World War ll in the United States Army from 1944 to 1946. After the war he graduated from Hamilton Business College in the spring of 1948.

On Dec. 5, 1947, he was united in marriage to Betty Mae Barnes at The Little Brown Church in Nashua, Iowa.

In 1948 he began his work career at Mason City Builders Supply where he worked for over 37 years as office manager. He was a member of the American Legion, Iowa Builders Association, Exchange Club and an active member of United Methodist Church for over 65 years. He was a Boy Scouts leader for many years and an avid golfer. Lyle loved woodworking and tinkering with anything mechanical.

Lyle is survived by his wife of 67 years, Betty, of Mason City and children Thomas and his wife, Toni, of Clive, Iowa, Steve and his wife, Cindy, of Albert Lea and daughter, Amy Johnson, of Hokah. Grandchildren include Nicole and her husband, Lary Fauth, of Brooklyn Park, Danielle Merfeld of Omaha, Nebraska, and Samantha Merfeld of Des Moines, Iowa. There is one great-granddaughter, Kensington Fauth. Also surviving is one sister, Arlene (Gordon) Kammrad, of Mason City; sister-in-law, Sharon Merfeld, of Emmetsburg, Iowa; and nieces, nephews, cousins and in-laws.

He was preceded in death by his parents; brothers Dale (Edris) Merfeld, Claude (Hilda) Merfeld and Ken Merfeld; and sister, Ruth (Ted) Pinneke. 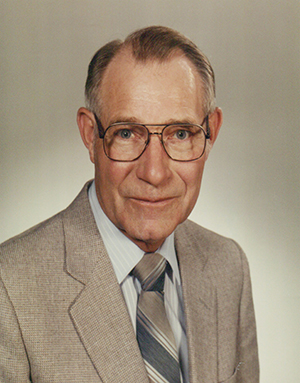 Memorials are preferred to the Hospice of North Iowa.