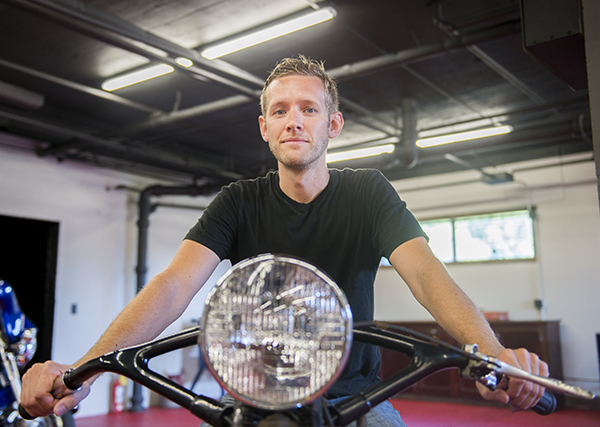 A new motorcycle shop opened in May at 919 W. Main St. in Albert Lea.

The shop specializes in motorcycle sales, service and accessories.

Owens said he always wanted to own his own business.

“I felt like I could do more than I was doing at the dealerships I was working at,” Owens said. “I like to be the one making the decisions and putting the time where it needs to be.”

Owens, 33, drew his passion for motorcycles from his father, who taught him how to fix motorcycles when he was a pre-teen.

“It really stuck,” he said.

His business is named after his great grandfather, Lewis Charles Owens, who owned Lewis Charles Chevrolet in Lake Crystal in the 1930s.

Owens is assisted by a part-time worker who helps him when Owens needs him.

Owens wants to expand his business in the future to different locations, but he said he needs to start small.

He said his customers are his top priority.

“It’s more about what they need,” Owens said. “You try to find them what they need and lead them in the right direction. I want them to be happy.”

Owens said although he makes a living in the motorcycle industry, he doesn’t view it as a burden.

“It definitely doesn’t feel like a job,” Owens said. “Every day is different. You see something different every day and that’s what I like.”

Owens, who grew up in Lake Crystal, has been in the motorcycle industry for 12 years at different Harley-Davidson locations.

He enjoys motorcycle sales and hopes to focus on that area in the future. He said he is currently doing a little bit of everything.

He would also like to get into selling used motorcycles in the future.

Owens enjoys the retail aspect of the business.

“It’s the customer interaction I really enjoy,” Owens said. “Meeting people and getting to know what they are into and the enjoyment they get from motorcycles, that brings such a positive vibe into this facility.”

Owens said on a typical day he gets five to six customers to his facility.

“It’s great that although I’ve only been in business for two and a half months, I am already getting returning customers,” he said.

Owens wants his business to be known for being a one-stop shop for affordable motorcycles.

He also collects motorcycles, and he has a full shop in the back of his facility. Lewis Charles Cycles currently has an inventory of 15 to 20 motorcycles. 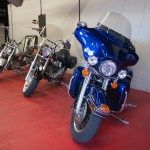 Owens said he has between 10 and 15 bikes at Lewis Charles Cycles at the moment. – Colleen Harrison/Albert Lea Tribune 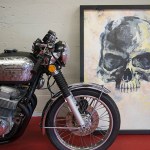 Owens bought the 919 W. Main St. location about a year ago, and worked on the shop for about 10 months before opening it up to customers in May. – Colleen Harrison/Albert Lea Tribune 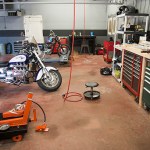 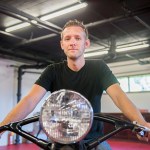