The Corey Goodnature Memorial Golf Classic scholarship committee would like to take this opportunity to thank Albert Lea and Freeborn County for being such a supportive and generous community! We were blessed once again with an outpouring of support for this annual event that honors the memory of Corey Goodnature, who was killed in Afghanistan in 2005 as part of Operation Redwing. 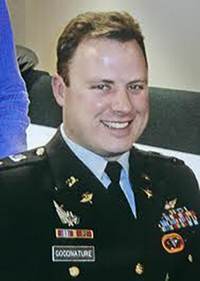 For those who may not know, the goal of the annual Corey Goodnature Memorial Golf Classic is to make a difference in the lives of local young adults through educational scholarships provided by donations raised at this event.

This year’s event marked the 10th year since the loss of Corey in that mission. We were honored to have special guests who included the seven fellow 160th SOAR service members and their families, as well as Corey’s widow, Lori Goodnature Foran.

Stories of Corey were shared, tears were shed, memories were made and Corey’s legacy lives on. Thank you!

Again, we thank those of you who have supported this event year after year, as well as those who may have attended for the first time and everyone in between. We would also like to thank Jeff Elseth and Green Lea Golf Course for their continued generosity and support all these years! We extend an invitation to all to join us for the 11th annual outing on June 25, 2016. Hope to see you then!

Thank God for the American soldier.