Riverland prepares students for next steps 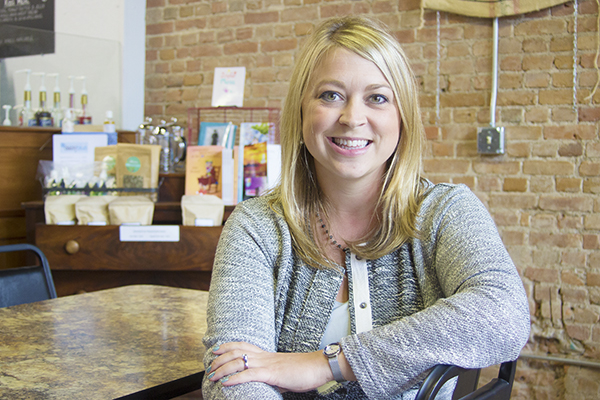 Laura Lunde is a 2002 graduate of Riverland Community College. She said her time at Riverland helped her become more confident to continue her education and enter the workforce. – Hannah Dillon/Albert Lea Tribune

Sometimes, a boost of confidence can come from an unexpected place.

Laura Lunde, an Albert Lea native, graduated from Riverland Community College in 2002. Before she attended Riverland she was attending St. Cloud State University for community development, but Lunde said she wasn’t feeling confident in her choice.

While Lunde was enjoying St. Cloud and her area of study, she didn’t like all of her classes or all of the aspects of her major.

“It’s hard to know what you want to do,” Lunde said.

Even though Lunde said she’d worked since she was 14, she also didn’t have a lot of life experiences or knowledge of working with a budget. The key that brought her back to Albert Lea was 9/11, right after she finished her first semester of her sophomore year.

“I realized the world is a big place,” she said.

At that time, Lunde decided it was time to shorten the distance between where she was and where she felt at home.

At SCSU, Lunde said she learned a lot about the privileges of secondary education and how expensive it is to live alone.

When she started attending Riverland, Lunde said she noted a significant cost savings. She also lived at home and worked 70 hours per week, and this allowed Lunde to pay for school as she went.

But the accomplishment of getting a degree helped Lunde more than she thought: it helped her gain her confidence to go back to a four-year university.

“The value of taking a completed degree with me to the four-year university was kind of immeasurable,” she said.

After graduating from Riverland, Lunde went to the University of Minnesota and majored in communication. Before graduating from the U of M and after doing countless interviews to try and become a pharmaceutical sales representative, Lunde got a job as a marketing and sales professional at Interstate Meat Service.

Since then, she has worked for Boone Newspapers Inc. and her current employer, ManPower. She has been with ManPower for six years and works as a regional sales executive.

Lunde attributes many successes to her time at Riverland. She said she liked having local professors — including her high school astronomy teacher — teach her classes. She also liked taking classes on all three Riverland campuses in Albert Lea, Austin and Owatonna.

Lunde said Riverland gave her one-on-one discussion time with her professors that wasn’t there at a four-year university. Mostly, it made Lunde feel comfortable and like she wasn’t all by herself.

“At a four-year university you can end up feeling alone,” she said.

Riverland also understands the workforce situation in Albert Lea, Lunde said, and that there needs to be a mindset shift when it comes to college.

Lunde said parents and students need to look at higher education differently. Choosing a plan that fits a budget is beneficial, she said, as she sees many college students who graduate with a lot of debt. This can lead to budgeting struggles as well as an inflated idea of what a starting wage should look like, she said.

She said Riverland can help with that with their leadership that preps each student for the next step. Programs at Riverland feel much more customized, she said, than some programs at a four-year university.

Above all, Lunde said she hopes students will explore all options before making a decision about what to do with higher education.

“If I had to do it all over again, I would have started at Riverland,” Lunde said. “It was truly a boost of confidence.”