Ross Victor Petersen, 79, of Warren passed away early Friday morning, Aug. 7, 2015, at his home under the care of hospice.

Ross was born on May 8, 1936, in Alden, the son of Hjalmar and Vivian (Register) Petersen.  He graduated from Alden High School in 1954. Ross served in the United States Army from 1954  to 1956. On Feb. 13, 1955, he married Frances Brua in Albert Lea. Ross attended South Dakota State University before graduating from the University of Minnesota in 1962. Ross and Frances lived in Blackduck and Lyle before moving to Warren in 1977. Ross was a high school vocational agriculture teacher from 1962 to 1977, before teaching adult vocational agriculture from 1977 to 1981. From 1981 to 1998, Ross worked for the Farmers Home Administration. 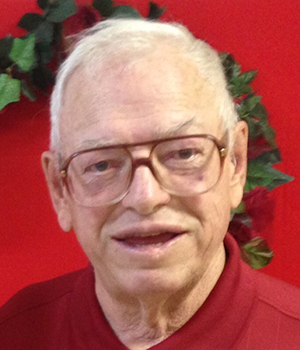 He was a Future Farmers of America advisor and Boy Scout leader, and was also a gun safety and snowmobile safety instructor.

Ross was an avid hunter and fisherman. He enjoyed helping farmers, gardening and cooking. Ross was a great ballroom and square dancer.

Visitation will be from 5 to 6:30 p.m. Tuesday at Our Savior’s Lutheran Church in Warren. A graveside service will be at 11 a.m. Friday at Alden Cemetery in Alden with a lunch to follow at Redeemer Lutheran Church in Alden. Military services will be given by Alden American Legion Post 404.