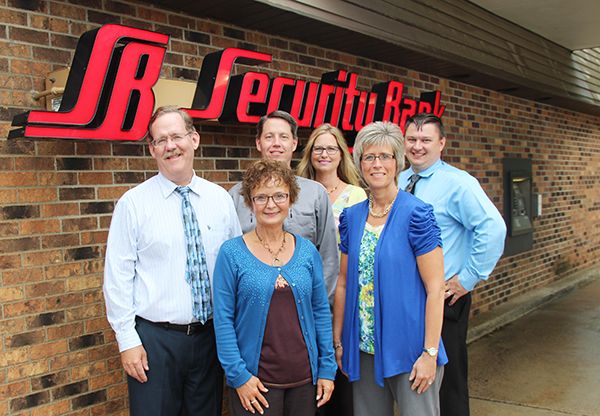 An Albert Lea bank is receiving national recognition for its financial health and role as a business lender.

Security Bank Minnesota was listed as No. 10 in the July issue of Independent Banker magazine for business lending as a community bank with less than $500 million in assets. The magazine stated the bank has 71.7 percent business loans compared to its total assets.

The recognition came in an article titled “Neighborhood friendly lending.”

Earlier in July, DepositAccounts.com listed the bank in its 2015 edition of the Top 200 Healthiest Banks in America. The bank was ranked as No. 42 out of more than 6,900 banks, in categories including loan-to-reserve ratios, deposit growth and capitalization. Each year, DepositAccounts evaluates the financial health of every federally insured bank in the United States.

“I thought it was pretty neat,” said bank President Tim Lenhart. “It surprised me. We try to do the best job we can of having a strong bank.”

Lenhart, who has been president since January 2006, said Security Bank started in 1906 as Manchester State Bank, and in 1945 the bank was sold to brothers Art and Ed Lund. In 1946, the Lund brothers relocated the bank to the north side of Albert Lea. The present facility was built in 1976.

An employee-owned bank, there are 28 employees.

“What they do really reflects on the bank,” Lenhart said. “It makes it a much more personal place.”

Security Bank has also been chosen in the Tribune’s Reader’s Choice contest.

“We’re excited about the recognition,” he said. “It’s exciting that other people notice us and identify us as a strong organization to bank with.”

He said the company strives to be there for businesses as much as it can, and it is nice to see businesses in the community growing and doing well.

“It’s a good feeling knowing you had a part in it,” he said.