A high-risk predatory offender moved into Myrtle Aug. 7, according to the Freeborn County Sheriff’s Office. 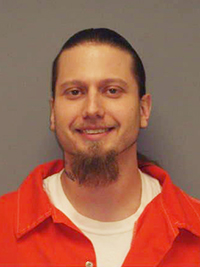 Jason Sokolofsky, 31, is described as being 6 feet 1 inches tall and weighing 190 pounds. He has brown hair, hazel eyes and a medium build.

Sokolofsky is a Level 3 offender, an offender with the highest likelihood of reoffending.

A public meeting is scheduled for Thursday at 6 p.m. at the Myrtle Fire Hall, 106 Main St.

According to a notification fact sheet, Sokolofsky engaged in sexual contact with a 15-year-old female victim. The contact included penetration. Sokolofsky took advantage of the victim’s intoxicated state.

The offender was known to the victim.

There are a total of seven Level 3 offenders living in Freeborn County. Six of them reside in Albert Lea.