Memorial services for Stuart J. Olson of Albert Lea will be at 10:30 a.m. Friday at United Methodist Church in Albert Lea. The Rev. John Mitchem will officiate. Interment will be in Lakewood Cemetery. Military honors will be accorded by Albert Lea veterans organizations.

Friends may visit with family from 4 to 7 p.m. Thursday at Bonnerup Funeral Service in Albert Lea and one hour before the service at the church. 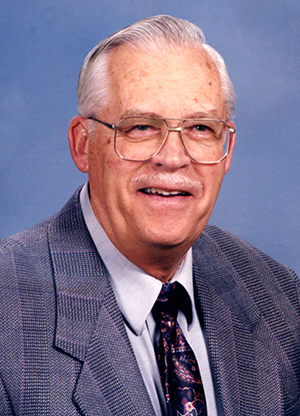 Stuart received his diploma from Albert Lea High School, and as a young man worked in the family business — Albert Lea Ice and Fuel. He was drafted and proudly served his country in the United States Navy from June 1943 until his honorable discharge in June 1946.

Stuart was employed by Wilson & Co., driving truck for many of his 30 years with the company. He had driven school bus for a time, and then for more than 32 years had opportunity to drive motor coach for trips and tours, making the Branson, Missouri, run more than 60 times.

He obtained his real estate license, worked for area agents, received his certification and worked as a real estate appraiser as well.

Stuart also served on the Albert Lea city council, sang with the Careyaires and was active in the senior center. His favorite pastimes included bowling and golf.

He was preceded in death by his parents and a brother in infancy.

Stuart lived a rich and full 90 plus years — working hard, contributing to the community and lovingly setting an example for his family to live by. Blessed be his memory.

In lieu of flowers, memorials are suggested to the United Methodist Church ABC Fund, the Careyaires, American Legion Debt Reduction Fund  or the American Legion or VFW honor guards.