Students can get head start in workforce while in high school 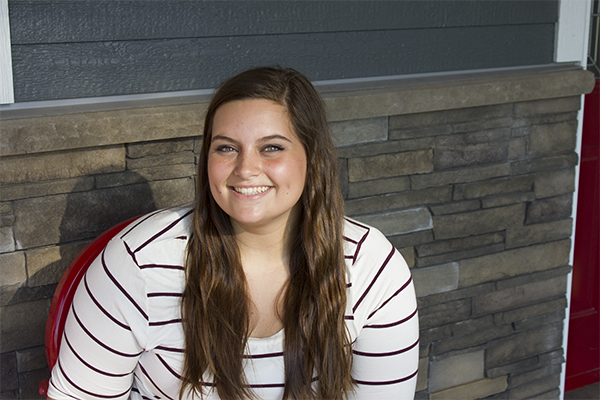 A state-funded program that has allowed high school students to take college credits outside of school called post-secondary enrollment options, or PSEO, has been leading students to greater opportunities and chances for a more successful future.

An alternative to PSEO classes has been College in the Schools, or CIS, which is done within school hours and has taken place as a concurrent class at school.

“Jobs are becoming more technical in nature overtime,” said Mike Funk, the superintendent at Albert Lea Area Schools. “Even if a student isn’t going to go on to a four-year college, it’s important that they have the opportunity to learn higher skills while still in high school.”

“It was convenient with Riverland and having teachers who can teach the concurrent classes,” Linn said of the accessibility for her to take these courses. “It’s pretty much a no-brainer.”

The convenience of these classes wasn’t the only benefit Linn explained. Taking these classes during high school has also been saving her money in the long run due to the fact that CIS classes are free and paid for by the school while PSEO courses are offered for free also.

Along with those benefits, Linn spoke of the long-term advantages. Linn has already saved time by taking these fee-free classes during high school. She has already planned on going into her freshman year of college with enough credits to be considered a sophomore.

Another gain for anyone who has taken these classes will be intriguing colleges when they look into transcripts. Colleges are interested in whether PSEO and CIS classes are on the list.

But even before she could become a part of any university-level classes, Linn explained that she had to reach a certain score on the Accuplacer, a test which has been used to quickly assess one’s skill levels in reading and mathematics. At Alden-Conger, this test has been offered for free for sophomore students going into their junior year.

Once Linn passed the Accuplacer, she applied for PSEO by sending in her transcript, a form that has been used to display past classes and grades. From there, a councillor checked Linn’s schedule to make sure that she had enough time and availability to apply for classes.

Once she was set up and participating in the courses, Linn said she noticed that the classes were different from the average high school curriculum. The material was more excelled, there were no more assignment reminders, most of the work was done outside of school and the exams were more difficult.

“You have to be more responsible,” Linn said. “People think it’s only on the computer, but it’s not. There’s a lot of communication with teachers and classmates. It’s interactive.”

Linn has been looking forward to her next PSEO and CIS classes. She has already enrolled in six more courses, including four CIS and two PSEO.

“I recommend it, that’s for sure,” Linn said. “It’s really important to me because it’s free college, basically. It helps get me ready and shows me what to expect.”

The differences between PSEO and CIS concurrent classes: