The analogy of “The Little Engine that Could” 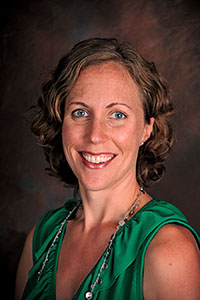 “The Little Engine That Could” is a book most of us remember from childhood. Right now, it’s my daughter’s favorite.

She has the first two lines to this story memorized, and she’s been saying them often lately.

I admit I wasn’t thrilled when she decided “The Little Engine” was her new favorite book. I have others I prefer — stories about animals or nature.

But, reading it several times every night has made me realize how profound and beautiful the story actually is and why my 2 1/2-year-old loves it so much.

The little train was happy because she was carrying toys and good food for children who lived in the valley. As she headed up the mountain, she suddenly broke down. With no hope in sight, she and the toys began to worry about the children and what they would do without good food to eat.

There were three engines they encountered before the Little Engine came along — each one refused to help, even though they heard about how the children would not have any toys to play with or good food to eat.

The first engine said it was too good to help them because it was a passenger engine: “I pull the likes of you? Indeed not!”

The second engine said it was too useful to help them because it was a freight engine: “I am a very important engine indeed. I won’t pull the likes of you!”

The third engine was very old and tired and seemed to feel sympathy, but didn’t believe it could help. So it left.

The Little Engine then came — though she had never been over the mountain and didn’t know if she could do it, she felt compassion for the toys and the little children who wouldn’t have any food to eat. This compassion drove her to try — and she was successful!

The little clown is the true hero of this story — he is the one who asked each engine if they were able to help, even as he was continually turned down. He never gave up hope, even though he was belittled, insulted and pushed aside.

This story, to me, is an analogy about how we treat others who ask for our help. We often feel we are too important or busy or they do not deserve help.

When we consider the trains as people in our own community, the story takes on a deeper meaning.

When we tear people down who ask for help or who struggle, we are not only denying them the possibility of a better tomorrow, but any semblance of hope. We often talk about poverty as a lack of physical resources, but I have come to realize the greatest form of poverty is our own spiritual poverty and our authentic connection to others.

Even the people who offer to help, at times, shame the people they are helping by believing they are not capable of learning or improving their lives. This is an indication of the spiritual poverty that resides in people who are “doing well on their own.”

Like the trains who refused help and felt no connection to the struggle of the little train or the children who wouldn’t have food, people turn their backs so easily and proclaim it is not their problem.

So many people stop asking for help or don’t ask for help just as they had a chance of making a breakthrough in their lives, because they are continually discouraged — not necessarily from the situation they are in, but from the people they encounter.

What we miss when we push people away, is a greater realization of what our lives mean.

The Little Engine had never been over the mountain; she had never seen the valley or met the children who lived there. Because she chose to help, she saw a different world than she had known; she discovered she was capable of more than she realized and her life’s work took on new meaning.

If only we all could be as brave as she was.

Ann Austin is the executive director of the United Way of Freeborn County.