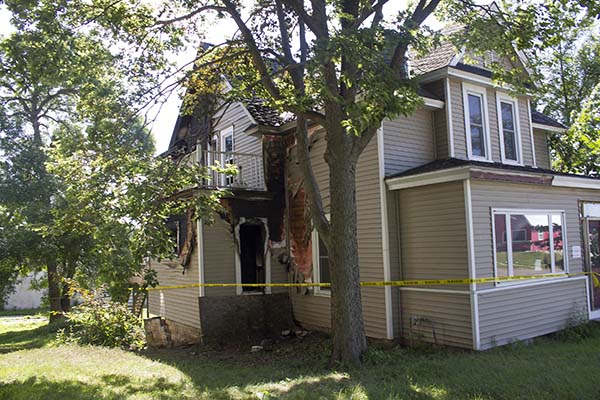 A vacant house at 123 Lake Ave. in Albert Lea sustained damage in a fire Tuesday night. The cause of the fire has not yet been released. – Sam Wilmes/Albert Lea Tribune 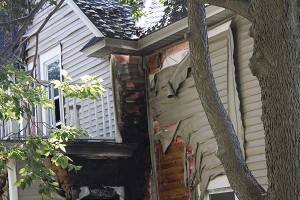 The fire was contained to a single room on the first floor. A few other rooms in the house sustained smoke damage and siding of a house to the north of the structure was also damaged. – Sam Wilmes/Albert Lea Tribune

According to the Albert Lea Fire Department, the fire was contained to a single room on the first floor. A couple of other rooms sustained smoke damage.

The structure was not torn down, and a house on the north side sustained damage to siding.

The initial report stated an explosion was heard.