MANKATO — Vikings tackle Matt Kalil recently had fellow members of the offensive line over to the pizza restaurant he owns in Mankato for a free dinner.

The linemen ate plenty at Pieology Pizzeria, and Kalil joked they didn’t even leave him a tip. Nevertheless, the four-year veteran said the customer traffic the place has been getting during training camp has more than made up for the complimentary pies. 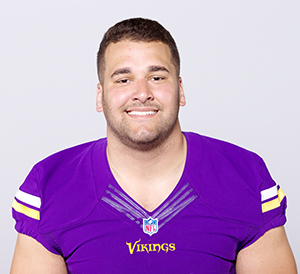 “We’re doing really well; I can say that,” Kalil said. “We’ve been having big lunches, and it’s been big after practices.”

Kalil often stops by to check out what’s going on. During a recent lunch between a Vikings walkthrough and a practice, he signed autographs, posed for pictures and answered questions about pizza and football.

“I think that’s really neat for a guy from our Minnesota team to walk into his own place and put his arms around people and pose,” said Jesse Schreiber, 32, of Mankato.

Kalil owns five Pieology franchises — three in Minnesota, one in California and one in Texas. The company, founded in 2011, has 72 locations in 11 states, with more on the way.

The other Minnesota locations are in St. Paul’s Highland Park neighborhood and in Maple Grove, which was