Wayne Willand, 77, formerly of Northwood died Tuesday, Aug. 11, 2015, at St. Lucas Care Center in Fairbault. Funeral services will be at 1 p.m. today at First Lutheran Church in Northwood. The Rev. John Holt will officiate. Burial will be at State Line Cemetery in rural Northwood. Visitation was from 4 to 7 p.m. Thursday at Schroeder & Sites Funeral Home in Northwood. 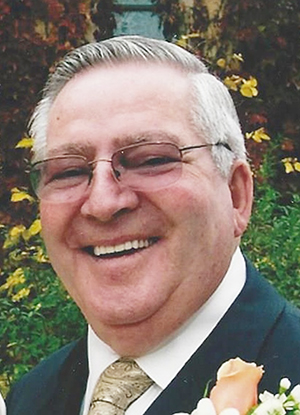 Wayne Bruce Willand was born July 30, 1938, to Walter and  Ellnora (Anderson) Willand. He died Aug. 11, 2015, after suffering from a fall on the ice Feb. 8. He was baptized and confirmed at First Lutheran church in Northwood. He graduated from Northwood High School in 1956. After graduation he served in the army from 1958 to 1960. Upon his honorable discharge he started work for his uncle, Clarence Willand. Wayne farmed north of Northwood for many years and also worked at the Trading Post, Carroll George Inc. and was employed by QCCP at the time of his accident.

Wayne was very active as he was a 4-H leader for 10 years, served as Northwood-Kensett Booster Club president, was on the church council, a Hospice volunteer, on the Thrivent board, a Relay for Life honoree, involved with Elderbridge and a lifetime member of Veterans of Foreign Wars.

Wayne loved to ride bikes and was proud of the fact that he and Joyce rode the whole route of  Register’s Annual Great Bicycle Ride Across Iowa in 1997. He continued to ride bikes and would go to Lanesboro riding with Bev. He especially enjoyed watching his grandchildren participate in all of their activities.