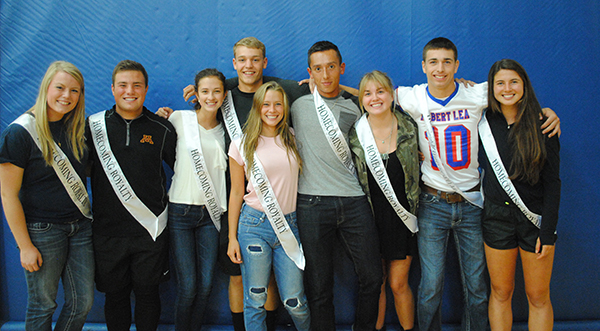 Community invited to parade on Broadway

Albert Lea High School will celebrate Homecoming this week with a variety of activities, including a parade on Wednesday downtown.

The community is invited to attend the parade, which is slated to begin at 6 p.m.

It will start at the corner of North Broadway and Water Street and will travel south on Broadway to William Street.

“Come and watch,” said Brittany Van Reese with the Albert Lea High School Student Council. “We really want this to be a community event and have it be a fun thing for everybody and not just a high school thing.”

Van Reese said this will be the second year since the parade was brought back to downtown Albert Lea after a several-year hiatus.

She said the football team and all of the various activities groups at the school were invited to create a float if they wanted to. Everyone from the robotics team, to the band to the royalty could be in the parade. 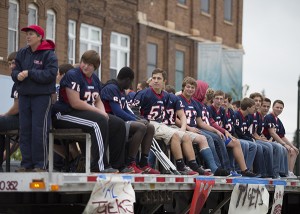 The high school hosted a pep fest on Friday, with performances from the dance team and pep band. Fall captains also talked about sports and homecoming activities, and the royalty was announced.

The following are the events slated for the rest of the week:

• Tuesday: The volleyball and boys soccer teams will play.

• Wednesday: Candidates will travel to each of the four elementary schools and Southwest Middle School.

The parade begins at 6 p.m.

• Thursday: Girls soccer will play. There will be a Hawaiian theme there.

A bonfire for grades 8 through 12 will be at Hammer Field, following the soccer game until 10:30 p.m.

• Friday: The senior class will have its picture taken.

Coronation will be in the gym during the third hour, with field day beginning at 1 p.m.

In the evening will be the football game at 7 p.m., followed by a dance.

There are themed days throughout the week. They are as follows: